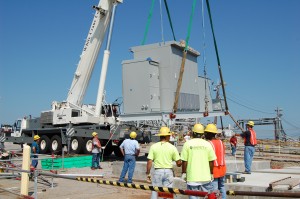 Every day, thousands of Americans head to work, and do not return home at all, or are taken to the hospital seriously injured. These injuries occur not just during workplace accidents, but also as a result of occupational illnesses.

According to statistics by the Bureau of Labor Statistics, in 2011, 4,600 American workers were killed in workplace accidents.  That works out to 3.5 fatalities for every 100,000 full-time equivalent workers in the United States.  It also works out to approximately 90 fatalities per week, or nearly 13 fatalities every day.

The Occupational Safety and Health Administration estimates that if the risks from falls, electrician, struck by objects and “caught in/between” risks were eliminated, as many as 419 construction workers would return home safe in America every year.