If you have been injured in an accident with a commercial vehicle, contact a Los Angeles truck accident lawyer at The Reeves Law Group. Our experienced attorneys have been helping victims of truck accidents throughout Southern California for over 25 years. 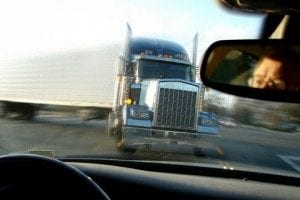 If you have been hurt in an accident involving a commercial truck, determining what caused the accident, who is responsible, and how to be compensated for your suffering are complicated questions. Commercial trucking accident lawsuits may involve many parties, including the driver, the owner of the truck, the truck manufacturer, and the owner of the transported load. A skilled truck accident attorney will have the ability to reconstruct how your accident happened and determine whether you have a valid claim for compensation. This article outlines key aspects of truck accidents and what an accident victim should do to protect their legal rights.

If you need to consult with a truck accident lawyer in Los Angeles, contact The Reeves Law Group today for a free consultation. For our clients’ convenience, we have meeting locations throughout southern California.

Learn More About US

The Reeves Law Group helped me out of a really difficult situation and I am so glad I worked with them. I was driving through Chino on my way to work when an 18 wheeler changed into my lane and crashed into me. I went head first into the center divider and ended up facing backwards on the 60 freeway. It was by far the scariest/worst thing that has ever happened to me. I had a neck injury and was not able to work for an entire year. To make it even worse, the big rig took off after hitting me! I hired the best truck accident lawyer I could find, which was the Reeves Law Group. Truck accident attorney Blaise Patzkowski represented me. When the trucking company did not even offer to pay for my lost earnings, Mr. Patzkowski filed a lawsuit against them in the San Bernardino County court. I really think he put the fear of God into them because they paid a very large amount of money to settle my case before trial. I know first hand now that the Reeves Law Group has the best truck accident lawyers in San Bernardino.
Jesus C. via Avvo
Date published: 2015-08-14

Truck Accident Victims May Be Owed Compensation in California

In California, if someone else is found fully or partially responsible for your accident, you may be able to recover compensation to the extent of the other party’s culpability for some or all of these damages:

Why Truck Accidents Can Be Serious and Life-Threatening

Anyone who has been involved in a truck crash knows that a truck accident is not like a common car accident. Commercial trucks cannot stop as quickly or maneuver nearly as well as a car can.

The destructive combination of a semi-truck’s large mass and speed, along with the potential to impact many smaller vehicles, make the damage caused by an out-of-control truck much greater than most other highway accidents.

If you or a loved one have been injured in an accident with a semi or commercial vehicle, contact the Los Angeles truck accident attorneys at The Reeves Law Group today!

What to Do After a Truck Accident

After being involved in a commercial truck accident you are likely to feel overwhelmed. Thinking clearly when you are scared and injured may be difficult.

The following steps should be taken as soon as possible: 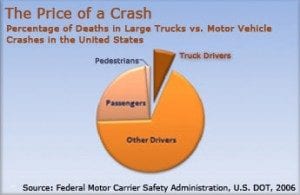 According to the National Highway Traffic Safety Administration, a “large truck” is one weighing more than 10,000 pounds. An 18-wheeler tractor-trailer can weigh more than 80,000 pounds. A semi-truck or 18-wheeler rig can weigh 40 times as much as a car. That is about the ratio of a large professional football player to a newborn infant.

A large truck, traveling at a high speed among smaller vehicles is inherently dangerous, especially to a car’s driver and passengers. In the approximately 416,000 large truck accidents that occurred in the United States in 2004, more than 5,000 people died and 116,000 people were injured. 77% of those victims killed and 73% who were injured were in vehicles other than the truck.

Your Truck Accident Attorney Can Help Identify Who Is Responsible

Truck accident cases can be complex and expensive to prosecute. After an accident, you should realize that various possible defendants might be liable and responsible for compensating you for your injuries and losses. Sorting out negligent defendants is a complicated process, and another reason why prompt investigation and liability analysis are crucial. Potential defendants who may be liable to you for your injuries and property loss include:

A Truck Accident Claim Can Be Full of Difficulties

The trucking industry works overtime to produce studies and testimony in order to shift blame for truck crashes from truck drivers to passenger car drivers. A lawyer with experience in handling trucking cases should be aware of the different types of misleading information and know how to counter these studies in court. Some of the other difficulties often encountered in bringing truck crash claims include:

The Reeves Law Group has extensive experience and expertise in all types of vehicular accidents, including truck accidents and tractor-trailer accident cases. We have obtained many substantial and favorable results for our clients.

If you have been in a trucking accident and need an immediate consultation, please contact us today at (213) 271-9318.