What You Should Know About Dog Attacks 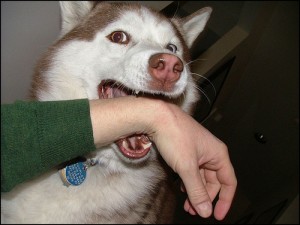 With over 4.7 million fatal dog attacks and bites  being reported in the US every year, and California leading the way with the highest number of dog attack-related injuries, it’s time to put “man’s best friend” in a new perspective. That can seem hard to do in a canine crazy country like ours. Dog enthusiasts insist that there’s no such thing as a “dangerous dog,” and while it’s difficult to draw the line between a beloved pet and a vicious animal the hard fact of the matter is that dog bites are one of the most common causes for emergency room visits by children, second only to sports related injuries.
In fact as recently as June 6 this year, Nan Hacker and her poodle were attacked by two Pit Bulls outside her Tustin, California home. While the poodle was mauled to death, Nan suffered severe injuries to her hands.
According to a Bakersfield dog bite lawyer, when you look at dog bite statistics in California and across the US, there are familiar patterns that emerge:

Dealing with Dog Attacks
More than 15 states nationwide have passed strict legislation with penalties for dog owners whose pets cause death or injury to others. In the state of California, we have “Cody’s Law,” which makes it a felony to own a dog that severely injures or kills someone. Additionally, the state holds the dog’s owner liable for any injuries caused to a person that isn’t trespassing on public or private property.
If you’ve been the victim of a dog bite injury, the most important thing to do is act immediately, and call an experienced dog bite personal injury attorney. If California statutes of limitations expire, it makes getting justice nearly impossible. It makes sense to contact a qualified attorney at the earliest possible time so your rights are not lost.
The dedicated personal injury lawyers at The Reeves Law Group will bring extensive experience to your case and a proven track record handling dog attack injury lawsuits.