A Transgender Military Ban … What Does It Really Mean?

After consultation with my Generals and military experts, please be advised that the United States Government will not accept or allow……

….Transgender individuals to serve in any capacity in the U.S. Military. Our military must be focused on decisive and overwhelming…..

….victory and cannot be burdened with the tremendous medical costs and disruption that transgender in the military would entail. Thank you

In a series of tweets last week week, Trump said that transgender men and women would not be allowed to serve in the ranks “in any capacity.” While some House Republicans were seeking to limit health care benefits for transgender troops, no lawmakers called for an outright ban. A majority of GOP senators have not commented on the new ban. Most of those who did comment, however, did not seem supportive of Trump’s decision.

How Many Transgender People Serve in the U.S. Military?

Nobody really knows. A RAND report estimates there are up to 6,600 transgender troops on active duty, with possibly another 4,000 in the Reserves. But the report put the range at anywhere between 1,320 and 6,630. 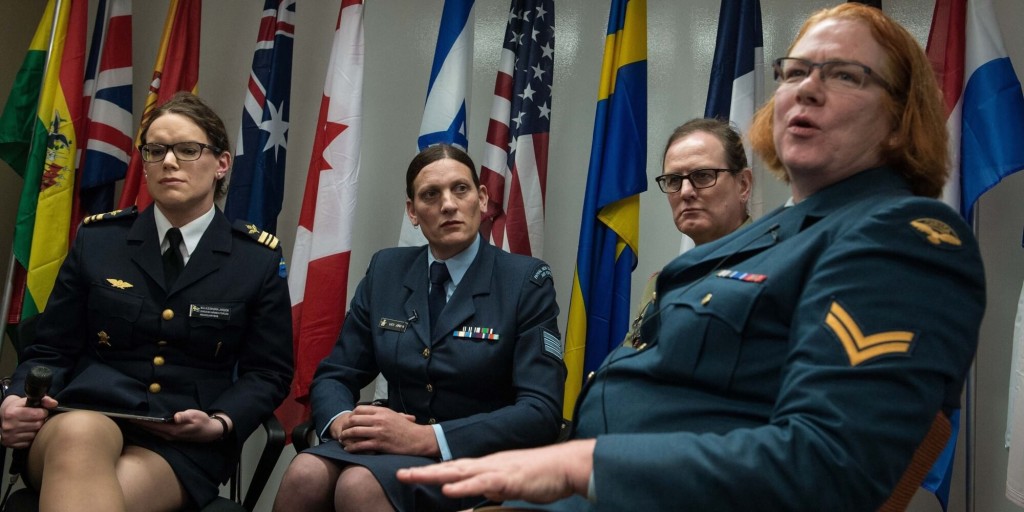 A RAND study indicated that the rough costs per year of accommodating transgender service members are about $2 million to $8 million, out of a $600 billion Pentagon budget. The Pentagon right now spends 10 times that amount on erectile dysfunction drugs like Cialis and Viagra.

In June 2016 the Obama administration’s secretary of defense, Ashton Carter, announced that transgender people would be allowed to serve openly. The former administration’s policy also authorized the military to pay for transgender surgeries, hormone treatment, and related healthcare. The Pentagon took a year to study how to begin accommodating new recruits, or so-called accessions. Former defense secretary Carter gave the armed services until July 2017 to adjust to the new policy. However, the new secretary of defense, James Mattis, recently delayed implementation by another six months. This means the Pentagon will defer new enlistments by transgender applicants. The Joint Chiefs of Staff said they need to determine whether transgender recruits have medical issues affecting their ability to deploy and meet physical standards.

Prior to Secretary Carter’s announcement in 2016, transgender troops could not serve openly. Transgender troops who did serve had to wear the uniform and hair styles of their birth gender, and the military did not not pay for hormone therapy or transition surgery.

Will Existing Transgender Service Members Be Kicked Out of the Military?

There has been no announcement from the White House or Pentagon on whether transgender service members already serving in the military will be permitted to continue. White House Press Secretary Sarah Huckabee Sanders said they’re working out the policy. But, basically, nobody knows.

What do you think? Should there be an outright ban on transgender service members, or should there just be certain limits on their accommodation, such as payment for surgeries?