The Wolf of Wall Street is making headlines for a number of reasons- from the number of swear words featured in the movie to the derogatory references to cerebral palsy. It has caught audience imagination, which is not so surprising because people like to watch movies that feature smart-looking criminals in sharp business suits. Hollywood is no stranger to movies that are based on white-collar crimes, both real and imagined.

Here are some of the movies that we feel best capture this genre:

Boiler Room: Based on the underhand dealings and fraudulent practices going on at a brokerage firm.

The Insider: Based on a whistleblower, who blew the lid off Big Tobacco. This tale of corporate greed riveted audiences and critics alike.

Office Space: Unlike most of the other movies in this list, the white-collar criminals in this movie actually captured audience sympathy. 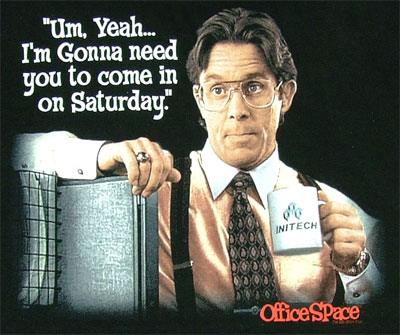 Wall Street: This is probably the white-collar crime movie that kicked off the trend. Some of the lines in the movie – “Greed, for lack of a better word, is good” – have made it into cinematic legend. Michael Douglas’s portrayal of the Wall Street highflier who is immoral, greedy and super-ambitious resonated with audiences and critics alike

White-collar crimes are basically non-violent crimes that are committed by business executives, which is where the term “white-collar” comes from. Basically, these crimes cover an entire range of crimes ranging from investment fraud and mortgage fraud to health care fraud, insider trading, money laundering and other crimes. These crimes have received a lot of attention in the United States since the 2008 recession, when a number of fraudulent activities at the country’s biggest banks, lenders and financial institutions came to light. Those activities resulted in losses to investors to the tune of billions of dollars.