The Most Famous Personal Injury Case 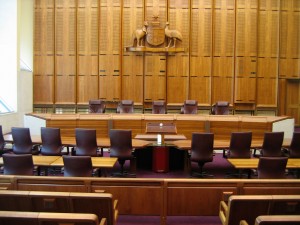 When it comes to high profile personal injury lawsuits and verdicts, nothing beats the McDonald’s hot coffee case of the 1990s.

In 1992, 79-year-old Stella Liebeck probably never dreamed that her case would be studied about, analyzed and investigated endlessly for decades.  That year, she bought a cup of coffee at a McDonald’s drive through, and while trying to remove the lid to add cream and sugar, spilled  the coffee on her lap.  She suffered severe burn injuries.  A jury later awarded her close to $3 million in punitive damages.

Critics often say that this is one case that illustrates just how out of control the tort justice system in this country is, and allege that McDonald’s should never have had to pay for her injuries.  However, they conveniently ignore some facts.

Liebeck was not driving her car at the time of the incident.  She was a passenger in a car that was stopped in the parking lot of the restaurant.

Critics also like to allege that the coffee was just hot.  The coffee was hardly” just hot.”  It was at very high temperature, and in fact McDonald’s had a policy of serving coffee at temperatures that could easily cause a person serious burn injuries. McDonald’s, as it later came out in court, had been aware of the risk of serious injuries from its hot coffee for years, but had chosen to ignore these complaints.

The injuries that Liebeck suffered were not just minor burn injuries.  She suffered third-degree burn injuries as the coffee was absorbed by the sweatpants she was wearing.  She required skin grafts on her thighs and other areas of her body.