San Jose is a “Sanctuary City” … What Does that Mean?

Yesterday in San Jose, California, Trump rally attendees were chased and attacked by mobs of protestors.

In 2011, Santa Clara County, of which San Jose is a part, joined hundreds of other cities in refusing to hold jailed non-citizens beyond their sentence for immigration agents to deport them. These are also called “sanctuary cities.”

What Is A “Sanctuary City” and How Did they Come About?

The sanctuary movement is said to have grown out of efforts by churches in the 1980s to provide sanctuary to Central Americans fleeing violence at home amid reluctance by the federal government to grant them refugee status.

Beginning in the 1980s, some cities had adopted sanctuary policies. For example, in 1979 Los Angeles enacted a policy to prevent police from inquiring about the immigration status of arrestees. The internal policy, “Special Order 40”, states: “Officers shall not initiate police action with the objective of discovering the alien status of a person. Officers shall not arrest nor book persons for violation of title 8, section 1325 of the United States Immigration code (Illegal Entry).”

Despite the IIRIRA, many communities ignored the law and adopted so-called “sanctuary” policies.  Generally, these sanctuary policies instruct municipal employees not to notify the federal government of the presence of undocumented persons living in their communities or even those incarcerated in jails. The policies may also attempt to erase distinctions between legal immigrant residents and illegal immigrant residents, so that illegal immigrants may also benefit from taxpayer funded government services and programs.

Where are the Sanctuary Cities?

An unofficial list of sanctuary cities is maintained by the nonprofit OJJPAC.

Some of the cities have enacted formal sanctuary policies, making the cities easier to identify. For example, in 2008 the mayor of San Francisco publicized the city’s sanctuary status in a press release for San Francisco’s Sanctuary City Outreach Program. Other cities, possibly to avoid controversy, have unwritten, informal policies.

In the summer of 2015, the San Francisco Sheriff’s Department released Francisco Sanchez despite a criminal record that included seven felony convictions — non-violent drug and immigration offenses – and despite the fact that Sanchez had been deported five times previously. Three months later, he shot Kathryn Steinle. After the shooting, San Francisco reaffirmed its status as a sanctuary city. 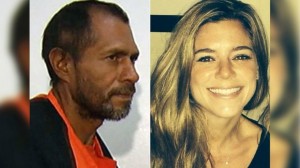 In another case, Victor Aureliano Hernandez Ramirez was arrested in July 2015 for raping and then bludgeoning to death 64-year-old Marilyn Pharis, of Santa Maria, Calif. Ramirez had been arrested for battery in May 2014 and was in the custody of the Santa Barbara County Sheriff. ICE issued a detainer in order to begin the deportation process after the charges were resolved, but the sheriff did not comply.

Some sanctuary policy supporters claim that the policies actually improve public safety by strengthening trust between law enforcement and the communities they serve.

What do you think? Are sanctuary policies justified on some grounds? Or should all cities abide by federal immigration law?

One comment on “San Jose is a “Sanctuary City” … What Does that Mean?”