Guilty! What was Different in Bill Cosby’s Second Trial?

In recent years, more than 50 women have accused Bill Cosby of sexual abuses, including rape. Cosby admitted to philandering, and to giving quaaludes to women as part of an effort to have consensual sex.

This week a jury found Bill Cosby guilty of drugging and sexually assaulting a woman at his home in Pennsylvania in 2004. At the time Andrea Constand was a Temple University employee he had mentored. Cosby was the most famous alum and a member of Temple University’s board of directors. 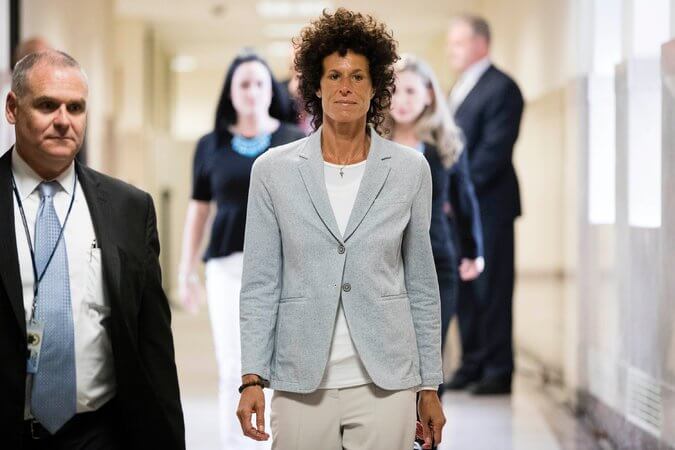 Cosby was found guilty of three counts — penetration with lack of consent, penetration while unconscious, and penetration after administering an intoxicant. As felonies, each is punishable by up to 10 years in state prison.Mr. Cosby was released on bail, but had to surrender his passport and remain in his nearby home.

In both trials, Cosby did not testify in his own defense.

Cosby’s first criminal trial last summer ended in a mistrial due to a deadlocked jury after six days of deliberations. The first trial had a jury composed of four white women, six white men, one black woman and one black man. 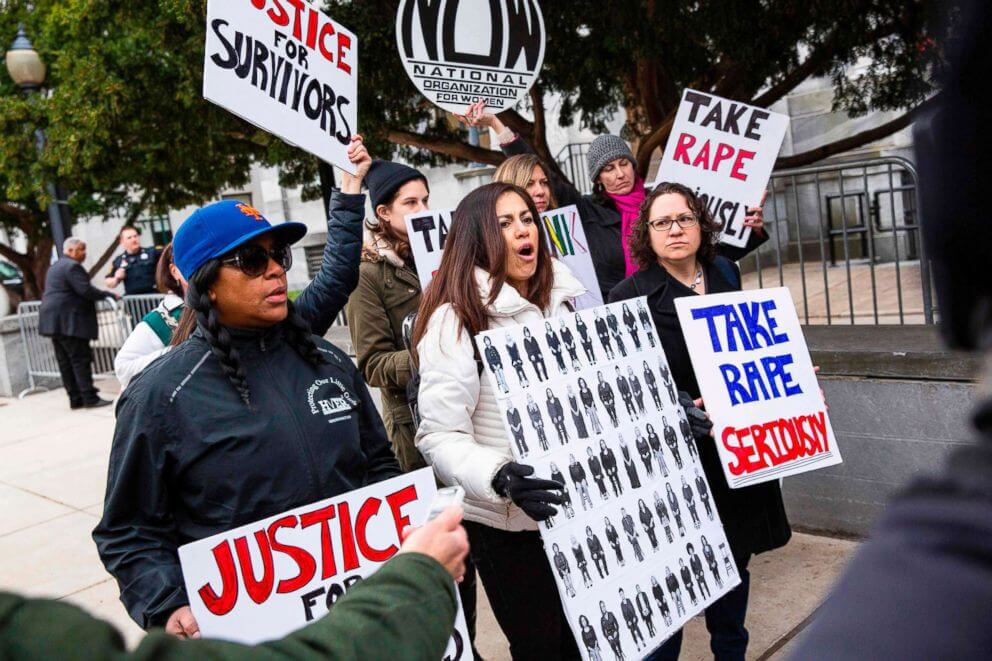 In the first trial only one other accuser had been allowed to testify. Last year, Cosby’s lawyers had depicted Mr. Cosby as a flawed, unfaithful man, but who committed no crime. In contrast, in the second trial his lawyers focused on portraying his victims as gold diggers and con artists.

A juror from the first trial revealed that the 12 jurors initially voted overwhelmingly in a non-binding poll to find Cosby not guilty on all three counts of aggravated indecent assault. The juror also said that, at one point near the end of grueling deliberations, 10 of the 12 jurors agreed he was guilty on two counts. But two jurors would not budge. Tensions were so high inside the small jury room that a male juror punched a concrete wall.

At his retrial, a new defense team argued unsuccessfully that Ms. Constand was a desperate “con artist” with financial problems. Mr. Cosby had paid Ms. Constand $3.38 million in 2006 as part of a confidential financial settlement of a civil lawsuit she had brought against him after prosecutors had originally declined to bring charges.

The defense’s star witness was an academic adviser at Temple who said Ms. Constand had confided in her in 2004 that she could make money by falsely claiming that she had been molested by a prominent person. Ms. Constand denied that she spoke with the adviser.

The defense emphasized inconsistencies Ms. Constand’s reports to police, such as giving the wrong month for the assault. Mr. Cosby’s lawyers also cited her phone records to show she had stayed in touch with him after the encounter.

Ms. Constand explained the lapses in her accounts as innocent mistakes, and said her contacts with Mr. Cosby after the incident resulted mainly from her job duties.

Prosecutors in the second trial also called a sexual assault expert to testify about common “rape myths,” such as the belief that victims report their crimes quickly and cut off all contact with their attackers.

Perhaps most importantly was testimony from five other women who told jurors they believed they too had been drugged and sexually assaulted by Mr. Cosby in separate incidents in the 1980s. At the retrial, the accusers included the former model Janice Dickinson, who told jurors Mr. Cosby assaulted her in 1982, after giving her a pill to help with menstrual cramps.

The defense pointed to the fact that in her memoir Ms. Dickinson had recounted the meeting without making any mention of an assault. But Ms. Dickinson’s publisher testified that she had told her the rape account and it was only kept out of the book for legal reasons.

One of the five accusers was Chelan Lasha, who was just 17 at the time of her alleged assault. The defense spent much of its closing argument urging the jury to reject the five supporting witnesses’ testimony.

Why did the court allow five other accusers to testify in the second trial? These witnesses are called “prior bad act” witnesses. Under Pennsylvania law prosecutors had to establish that they were introducing testimony from the other five women to show motive, opportunity, intent, preparation, plan, knowledge, identity or absence of mistake. The premise behind the “Prior Bad Acts” motion isn’t conformity with a previous form of conduct but proof rather that the defendant possessed knowledge or experience which allowed him to commit the current crime.

The second trial had a 7-man, 5-woman jury. Two of the 12 jurors were black; the rest were white. All are residents of a predominantly white suburban area north of Philadelphia where the trial was venued.

Will Cosby Actually Spend Any Time in Prison?

Cosby is out on bail and his lawyers will almost certainly appeal the guilty verdict against him, although he cannot file the appeal until after he is sentenced. In issuing the sentence, the Judge can take into consideration Cosby’s age, the status of his health, the philanthropic work that he’s done over the last several decades, the fact that this is his first criminal conviction.

During any appeal, his lawyers are sure to ask for “home confinement,” which could be pretty comfy for the wealthy defendant. And since an appeal can take years and Cosby is already 80, he may not even survive the proceedings.

What do you think? Did the second jury get it right? Should those five other accusers have been allowed to testify?