Is Asteroid Mining Legal Yet?

It sounds like science fiction, but did you know there’s an Outer Space Treaty of 1967 (OST)? The rights to freely and unilaterally access, explore, and use outer space, including the Moon and other celestial bodies, is set forth in the OST. Most experts agree that the OST prohibits nations from exercising territorial sovereignty over celestial bodies but seems to allow mining. Currently, there is no international space law or treaty that explicitly prohibits the commercial use and extraction of space resources.

In fact, over the course of the six Apollo missions to the moon between 1969 and 1972, NASA brought 842 pounds of rocks back from the moon, and they’re designated as property of the U.S.

In November 2015, President Obama signed the Commercial Space Launch Competitiveness Act. This law is also known as the Spurring Private Aerospace Competitiveness and Entrepreneurship (SPACE) Act of 2015 and the Space Resource Exploration and Utilization Act of 2015.

Under the Act, U.S. citizens including commercial entities are now entitled the explicit right to own resources extracted from space, including asteroids. But the right does not extend to biological life, so anything that is alive may not be exploited commercially.

The only other country that has signed a similar asteroid mining law is Luxembourg.

How much is Asteroid Mining Worth? 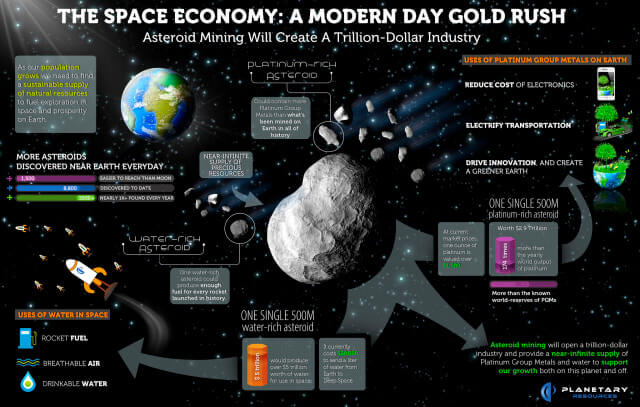 You might assume the most valuable commodity on asteroids are precious metals like the kind used in high-tech electronics, but in the future it could be ice! In space, water would be incredibly difficult, if not impossible to come by. Ice could be melted into both water and oxygen – another scarce resource in space and on other planets.

According to Peter Marquez, the former director of space policy for President Obama and current vice president of Planetary Resources, “One near-earth asteroid has enough water on it to have fueled all 135 space shuttle missions.”

Is Any Company Ready to Actually Mine Asteroids Yet?

Nope! The costs of an asteroid-mining venture have been estimated to be around US$100 billion. It costs about $10,000 per pound just to break free of Earth’s gravity. 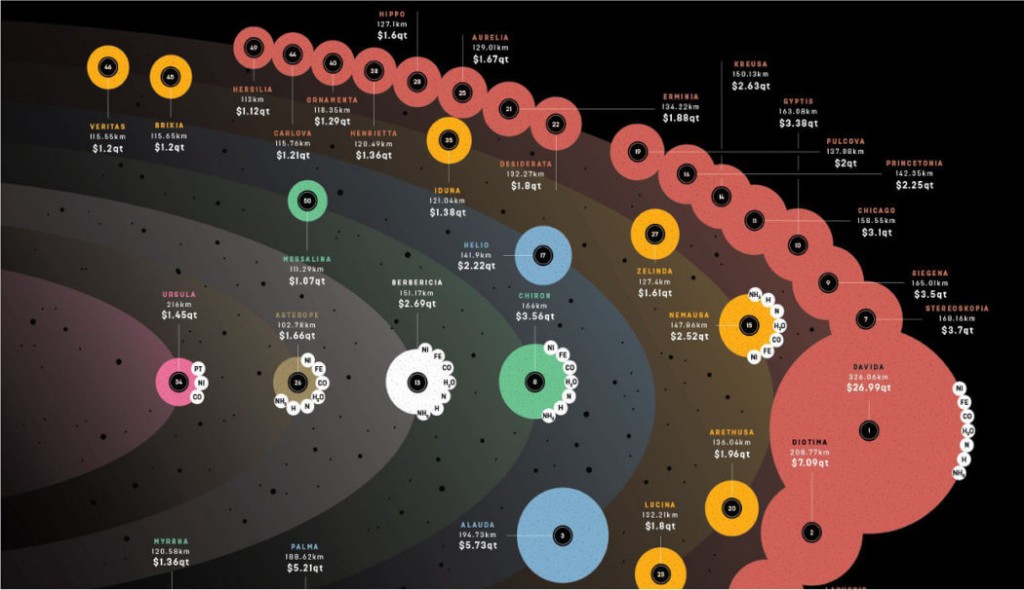 So far, the only completed missions by the United States and Japan have gone to asteroids and returned limited samples. Even deep-sea oil drilling seems cheap in comparison. There are only a handful of companies in the world that are working on asteroid mining. Planetary Resources and Deep Space Industries are already planning space missions to extract resources from asteroids by the mid 2020s.

Are you excited about the future of space? What type of regulations should surround asteroid mining?

2 comments on “Is Asteroid Mining Legal Yet?”