Are Accidental Fires Really an "Accident"? 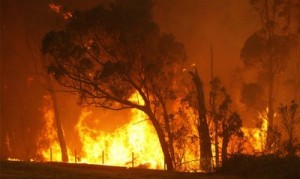 Do the words that fire departments use when they describe a fire diminish the fact that fires are almost entirely preventable?  Are accidental fires really just an “accident”?  There are questions being posed by Fire Engineering, a website dedicated to firefighting and fire prevention education.  Some of the sentiments expressed in the article will be very interesting to California fire and explosion lawyers.
Typically, when there’s a fire, the fire department dispatches a representative to give the media an account of what happened.  When there is an explosion or fire, the community is always eager to find out exactly what caused the fire.  However fire departments often include the terms “unintentional” or “accidental” while describing the fire.  Fire Engineering asks whether we should be using such words to describe a fire, when we know that most fires can be prevented, and therefore can’t really be considered accidental.
Take for instance, a fire that is caused because smoke detectors in a building did not function properly, or failed to function at all.  In a case like this, it isn’t fair to call this an accidental fire, considering that the landlord had the responsibility to keep the fire and smoke detectors functioning normally and had the knowledge that failing to do so could cause a fire.
California fire and explosion attorneys would personally like to see fire departments become more frank when they discuss the causes of the fire soon after an incident.  These are the brave people who are the first to respond to the scene, and are often able to point the cause of the fire almost immediately.  The lesson to take home from this article is that accidental fires are preventable.  They often offer because of defective products or because owners of the property have not been careful in the way they handled or stored inflammable materials.
When a fire breaks out in your home, the best thing you can do is to evacuate the home immediately.  As many as 39% of injuries during home fires occurred when residents were trying to put out the fire.  23% of injuries occurred when the persons were attempting to flee the fire.  It’s important that you try to evacuate the place as quickly as possible, and not stick around to retrieve belongings.  A fire can spread much faster than you know, and any delay could make it hard for you to make your way out of the building.
Typically, when a fire has broken out and causes damage and injuries, any of the following parties can be named in a claim:

The Reeves Law Group is not representing any party in the matters discussed in this posting.