Hit-and-Run Driver Who Killed Nicki Minaj’s Father is Sued, But How Many Fleeing Drivers Get Caught?

Nicki Minaj’s family is suing a driver who struck the rapper’s father and fled the scene of the crash. But how many hit-and-run drivers are actually caught or identified?

Minaj’s mother is seeking $150 million in damages. Polevich is accused of killing Nicki Minaj’s father, Robert Maraj, in a hit-and-run crash on Long Island. Maraj was taken to a hospital, where he died the next day.

Polevich was arrested on February 17, five days after the fatal collision, for striking Maraj and fleeing the scene of the accident without stopping and calling 911.

Polevich pleaded “not guilty” to two charges: leaving the scene of a crash and tampering with evidence. He was released on bail and ordered not to leave the State of New York.

In a lawsuit against Polevich, Carol Maraj is alleging that her husband died because of negligence, carelessness, and recklessness on the part of the driver.

HOW MANY HIT-AND-RUN CRASHES OCCUR IN THE UNITED STATES? 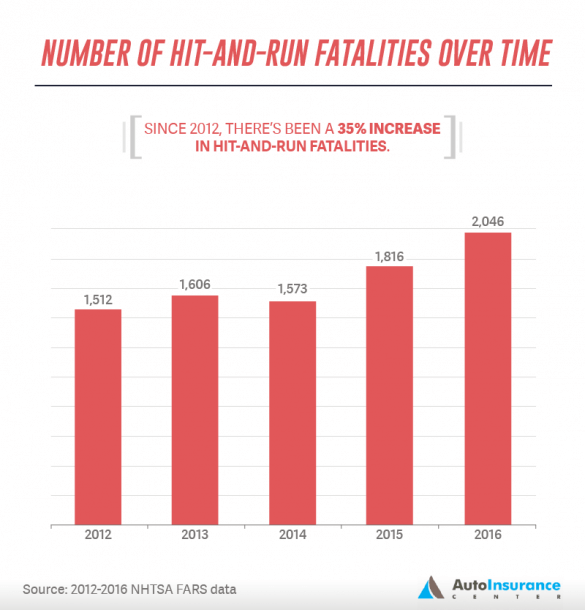 Motor vehicle crashes caused by a fleeing motorist contribute to nearly 2,000 deaths and over 130,000 injuries every year. According to Insurify, less populated states see more hit and runs.

HOW MANY HIT-AND-RUN DRIVERS GET CAUGHT?

Not many. If you look at statistics, you will notice that the vast majority of drivers who leave the scene of an accident never get caught. According to Psychreg, an estimated more than 90% of all hit and runs in the U.S. never get solved because the driver is never identified.

WHAT ARE THE CONSEQUENCES OF A HIT AND RUN?

The penalties for a hit and run depend on where you live. For example, in California, a driver may be prosecuted for a misdemeanor if he or she flees the scene of a car crash that only involves property damage.

If a hit-and-run collision involves bodily injury or death, the fleeing driver can be charged with a felony. If a driver who left the scene of an accident is ever identified, they are prosecuted regardless of fault, the extent of damage to vehicles, or the severity of injuries.

WHAT TO DO AFTER A HIT-AND-RUN CRASH?

If you have been involved in a car crash and another motorist leaves the scene of the accident, take the following steps:

Record the fleeing driver’s vehicle model and make and their license plate number;

Pull over to the shoulder of the road if you can do so safely;

Call the police to report the crash;

Obtain the accident report; and

It is advisable to speak with an attorney to help you recover damages following a hit-and-run collision.