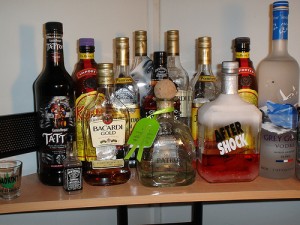 New information from the Centers For Disease Control and Prevention seems to suggest that binge drinkers, who San Diego car accident lawyers often find linked to drunk driving accidents, could be drinking more alcohol beverages than earlier believed.  These drinkers are possible consuming around 8 alcoholic beverages at a time.

The researchers looked at the drinking habits of binge drinkers, some of the most dangerous users of our roads and highways.  A binge drinker is someone who drinks at least 5 alcoholic drinks over a period of 2 hours.  However, according to the Centers for Disease Control and Prevention, many of these persons are probably drinking at least 8 drinks at a time.