What Percentage Do Lawyers Take for Personal Injury 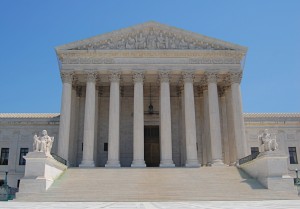 Most personal injury lawyers work on a contingency fee basis. That means that they recover their fees after they have managed to recover a settlement or verdict in favor of their client.

Most personal injury lawyers work on a contingency fee basis.  That means that they recover their fees after they have managed to recover a settlement or verdict in favor of their client.  Usually, the contingency fee amounts to a certain percentage of the money that has been recovered.

Contingency fee plans are very beneficial for persons who have suffered an injury, because you will have to pay the lawyer only if he settles your claim, or wins the case for you.  If there is no settlement, there is no question of paying the attorney, and all legal expenses will be borne by the attorney.

There is no set percentage that has been defined for lawyer fees.  These percentages may vary from region to region and from state to state.  Broadly however, you may find that most personal injury attorneys in California work on the same percentage basis.

You can expect the contingency fee to be between 30% to 40% of the compensation that is awarded to you.  Whatever the percentage, it is reasonable to expect that a personal injury attorney will explain the contingency fee percentage to you before he takes on your case.  In fact, it is highly recommended that you are clear on the percentage that is owed to the attorney before you hire a lawyer for your case, or sign on any kind of documentation.

It is also recommended that you clarify with your personal injury lawyer whether the percentage will be calculated on the gross amount of compensation, which is the amount before removing attorney fees, legal expenses and other costs, or the net compensation which is the money that is left over after you remove all expenses and costs.