Why Vegas Can’t Clean Up Its Pornographic Sidewalks 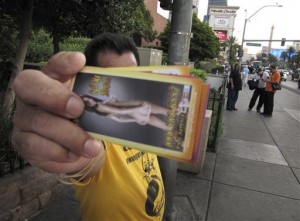 VEGAS has it all: amazing shows, free-flowing booze, 24/7 gambling, nightclubs, the hottest pool parties, and insane buffets. Each year, over 41 million people visit Las Vegas and most of them encounter the infamous handbillers on the Strip.

They’re called porn slappers aka handbillers aka card hawks … lines of people (usually men) in matching bright t-shirts persistently flipping and handing out almost-pornographic advertisements for escort services to pedestrians. They work seemingly endless hours in the worst heat on every sidewalk, including in front of the most expensive, classy hotels on the Strip. According to a Chicago Tribune article, most handbillers are undocumented workers from Central and South America. One handbiller said that he received $40 for a 10-hour shift,  paid in cash at the end of the night, with “no forms to fill out, and no questions asked.” Handbillers usually do not know who they are working for, and often have their pay stolen by “supervisors.”

Naturally, a lot of tourists and hotels became fed up with the nuisance. The handbillers also interfered with marketing efforts to portray Las Vegas as a “family friendly” vacation destination. In the 1990s, Clark County banned handbillers. According to the County, handbillers were threats to public safety since pedestrians would step into the road to avoid them. They also caused lots of litter since most pedestrians would drop the cards to the ground. 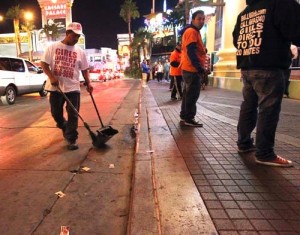 But the outcall promoters took the County to court and, with the help of the ACLU, beat the ban. The court ruled that the ban was an overbroad ordinance since the county had in fact banned all “off-premises canvassing” in tourist centers; in other words, it had banned “handing out, on the public sidewalk, any material that had any advertising at all… even The New York Times.” Although revised versions of the ordinance continued to crop up for a decade, they were always struck down for the same First Amendment reasons.

In 2012, officials abandoned efforts to completely ban handbillers and struck a “voluntary agreement” about handbiller conduct, including staying 20 feet away from crosswalks, not giving any material to people who look younger than 25, refraining from snapping the cards or pamphlets, whistling or making any other noise, picking up litter and handing out material to tourists’ torsos instead of their faces. 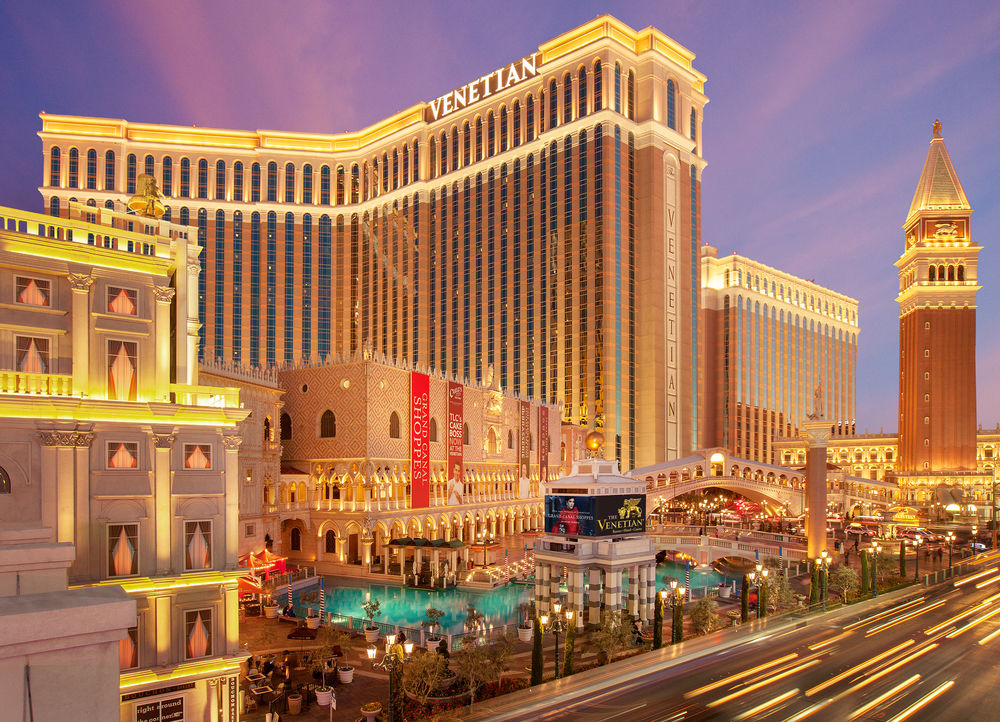 Even hotels that privately own the sidewalks in front of them cannot ban handbillers or other protestors. For example, one court held that non-employee unionists had the right to picket on a privately-owned sidewalk in front of the Venetian Hotel along the Strip. Venetian Casino Resort v. Local Joint Executive Board of Las Vegas, 45 F.Supp.2d 1027 (D. Nev. 1999), affirmed 257 F.3d 937 (9th Cir. 2001), cert. denied, 535 U.S. 905 (2002). The Court of Appeals drew an important distinction: if a sidewalk is used to go past the business, it performs the same function of a public sidewalk, even though some people use it to go into the business.

What do you think? Do those Las Vegas sidewalk handbillers annoy you? Do you even avoid going to Vegas because of them? Should there be a way to ban them or should their commercial free speech rights be respected as much as anyone else’s?