Can You Shoot Down Drones Flying Over Your House?

In Kentucky a self-described “drone slayer” was arrested after shooting down a drone in his backyard. The man said that the drone was hovering over his teenage daughter, who was sunbathing. The criminal charges were later dismissed when witnesses testified that the drone was flying below the trees. 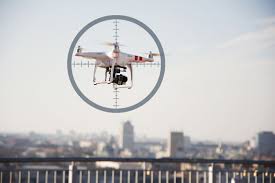 In 2014, a New Jersey man faced unlawful weapons charges  for shooting down a drone over his property.

Surprisingly, even in Texas, you cannot shoot a drone. In Houston, Texas, KHOU 11 News verified that drones can fly over your house anytime. However, filming with the intent to capture video of that person in a manner that can be construed as surveillance could be a violation of Texas law.

Firefighters in upstate New York even blasted a drone out of the air with water when they saw it filming them fighting a house fire.

The popularity of personal drones has also spawned concerns over privacy, so much so that Popular Mechanics published an article on How to Shoot Down A Drone. But Shooting down drones is always problematic because the shooting poses many nuisance and safety issues. Bullets could miss the drone and come raining down somewhere else or even hit another unintended target.

In the old system of British common law, courts enforced the notion of “ad coelum et ad inferos,” literally meaning “to the heavens and to hell.” This meant that a property owner had rights to everything above his land and everything under it. However, this concept has mostly disappeared from American law.

The main problem is that the law in most places has not yet caught up with new drone technology – small hovering crafts that can fly far closer to your home than an aircraft. The FAA only requires commercial drone operators to register. But FAA regulations allow municipalities to set their own codes for recreational flyers or hobbyists. 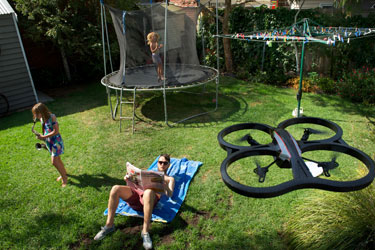 The city of Garfield, New Jersey recently passed a new law that will only permit hobby drone operators to fly their aircraft over their own properties. Flying above other residences, commercial zones areas, roadways, government or public buildings and property, and parks throughout the city will be banned. Exceptions will be granted to emergency personnel and non-profits, for scientific research and at athletic events, and private company owners within their own borders. Garfield’s new law will also require drone operators to register and pay a fee each year with the city clerk.

If you’re concerned about drones being flown over your property, consider lobbying your city or state for new regulations.

What About Civil Lawsuits Against Annoying Drone Operators?

What if you have a neighbor who refuses to stop flying drones over your property even though you asked nicely? 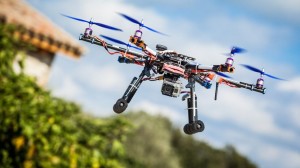 Investigate your local city or state ordinances to see if any of those have been violated. These might include noise ordinances, “peeping tom” laws, etc. And you can consider filing your own civil suit with potential claims like:

Trespass: Generally, homeowners own the immediate air rights surrounding the top of the home, although it is not clear “how high” that goes.

Private Nuisance: This is a claim that the drone is disrupting the quiet use and enjoyment of your home. It might be caused, for example, by any noise made by the drone, your inability to sunbathe outside due to fear of being filmed, etc.

Invasion of Privacy: You generally have a right to privacy on your own property, in contrast to having no right to privacy in a public park or sidewalk. This means nobody can photograph or film you in your home through a window or while you are in your backyard sunbathing nude or in a swimsuit. And it certainly means others cannot publish or sell those photos!

However, bear in mind that your damages in such a civil suit are likely to be extremely limited, unless you’re a celebrity whose photos were sold for a lot of money or whose career was financially damaged by their publication!

What do you think? Should the FAA or local cities enact more robust laws protecting homeowners from nosy drones?

11 comments on “Can You Shoot Down Drones Flying Over Your House?”