Fact or Fiction: In California Registered Sex Offenders Can’t Celebrate Halloween Like the Rest of Us

The California Department of Corrections and Rehabilitation is the agency charged with supervising sex offender parolees. Since 1994, the department has run a statewide Halloween night event called “Operation Boo,” in which law enforcement conduct compliance checks on known sex offenders. Under Operation Boo, registered sex offenders who are on parole or probation must follow these rules between 5 p.m. and 5 a.m. on Halloween night:

An organization called California Reform Sex Offender Laws filed a lawsuit in federal court to have the sign requirement declared unconstitutional. The lawsuit claims that claims that the sign requirement violates the First Amendment and puts registered sex offenders on parole, and those who live with them, in danger. The lawsuit also contended that authorities enforce the Halloween policy in an “arbitrary and unreasonable manner,” taking no account of the age of a sex offender’s conviction or whether it even involved a crime against a child. 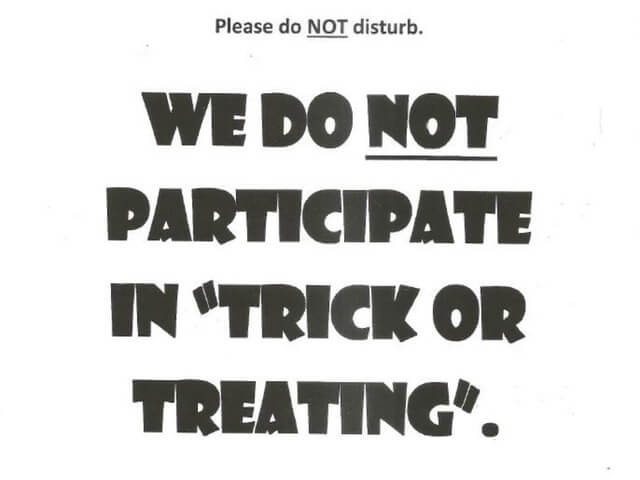 In 2016, a federal court agreed that the sign requirement was unconstitutional, and issued a temporary restraining order against the CDCR to stop enforcing it. The CDCR settled and agreed to drop the sign requirement from Operation Boo. However, the other rules of Operation Boo remain in place, such as the prohibition against decorating and passing out treats on Halloween night.

One comment on “Fact or Fiction: In California Registered Sex Offenders Can’t Celebrate Halloween Like the Rest of Us”