In 2014 a woman in Los Angeles ended up on a nightmare ride to an abandoned lot almost 20 miles off the route to her home. Once at the lot, her Uber driver locked the doors. Only when she screamed did he finally return her home. In response, Uber sent her an “automated” email reply apologizing for the “inefficient route.” The passenger’s fare was also refunded.

In 2012 and late 2017, two young women in Washington, D.C. alleged that their Uber drivers raped them. 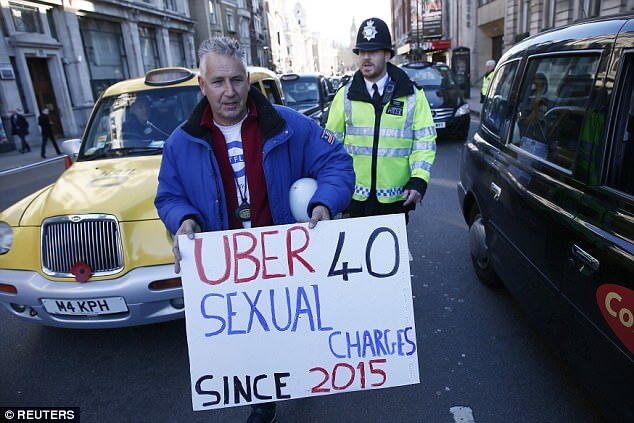 Just this week, a law professor tweeted that an Uber driver tried to take her to a hotel against her will on her way to the airport. The professor said the driver said he was going to take her to a hotel. When the car stopped at a red light, she started screaming and pounding on the windows. The driver did not unlock the doors until nearby construction workers noticed her. She got out and … took another Uber to the airport.

In London, the Metropolitan Police investigated 32 drivers for rape or sexual assault of a passenger in just one year between May 2015 and May 2016. Uber was banned in London in 2017.

Sayfullo Saipov made over 1,400 trips as an Uber driver and passed an Uber background check about six months before he allegedly killed 8 people driving a rented pickup truck to mow down people on a busy Manhattan bike path.

Can Uber drivers have a criminal record? In order to pass the background check, drivers must have a “criminal record that does not include a conviction for a felony, violent crime, or sexual offense within the last seven years, among other things such as a registration on the U.S. Department of Justice National Sex Offender Public website.” So a person could have convictions for violent crime or sexual offenses more than seven years in the past, and still pass the Uber background check.

Uber has an incident response team to address any urgent issues and contacts the rider and driver when an incident is reported. Uber also just announced that it will soon include a new emergency button that will allow passengers to call 911 from its app.

However, in 2017 more than 8,000 drivers in Massachusetts who were pulled off the road after the state government decided to introduce more stringent screenings and reviewed the records of the 71,000 people who drove on Uber or Lyft. In fact, the state found that 51 of those drivers who were rejected were sex offenders, and 352 of them had been accused of incidents related to “sex, abuse and exploitation.”

In response to one class action lawsuit, Uber stopped charging customers its “Safe Rides Fee.” Starting in 2014 riders were charged $1.00 for a background check and status update to be run on the Uber driver each time a rider used the app.

In November 2017 anonymous plaintiffs filed a new lawsuit against Uber seeking class action status on behalf of all U.S. riders who were “subject to rape, sexual assault or gender-motivated violence or harassment by their Uber driver in the last four years.”

In addition to monetary damages, the plaintiffs are asking a judge to order Uber to:

What do you think? How should Uber screen its drivers? Or does Uber have a lesser responsibility because it does “employ” the drivers in the traditional sense?