The Most Prestigious Awards a Lawyer Can Earn

Lawyers love to pat themselves on the back, congratulate each other for a job well done, and hand out as many awards to each other as possible. The reason for this is pretty obvious: as attorneys, our reputation is a major part of the business. The better reputation an attorney has, the more clients he or she will have. The attorney will also get to litigate more important cases and charge more for his or her time.

When you are injured due to the actions of someone else and would like to file a claim, it is up to you to do your homework and find a good lawyer. Not all awards mean something, but there are many that do have meaning. You should look for someone who you believe will vigorously represent you in court, matches your personality type, and has a good track record. The awards described below are only a handful of the most prestigious awards an attorney can earn, but they do a good job showing how, and in what context, an attorney’s work is valued. 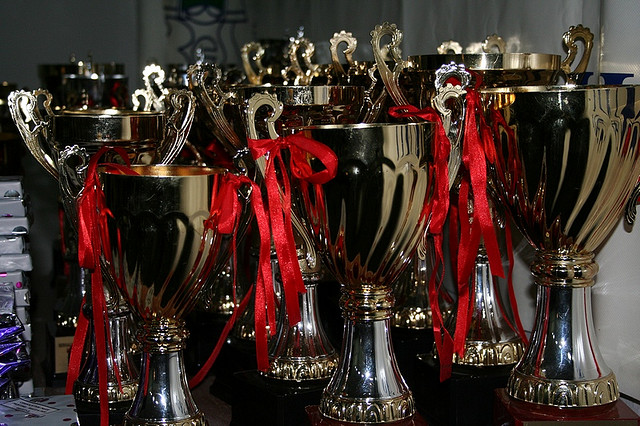 The National Law Journal gives the “Lawyer of the Year” title to some of the brightest and most successful attorneys in the country. Among its ranks are David Boies, who represented Al Gore in the 2000 election, obtained $4 billion from Visa in a case with American Express, and is currently representing plaintiffs in Proposition 8 litigation in California. The National Law Journal also recognized John Keker, who prosecuted Oliver North during the Iran-Contra Affair, and more recently defended Google in a claim from Microsoft.

Super Lawyers rates attorneys through peer nominations, evaluations, and third party research. Each attorney-candidate is evaluated for peer-recognition, professional achievements, and reputation. Selections are made state by state. The goal of Super Lawyers is to build a listing of exceptional attorneys that can be used by those seeking legal representation. The final list for Super Lawyers only represents roughly 5 percent of lawyers in each state. The lists are published annually.

California Lawyer Attorneys of the Year

The CLAY Award is an award specific to the state of California. It recognizes attorneys who have made a marked impact in society every year, and includes attorneys from federal prosecution offices, law firms, public-interest groups, and universities. In 2013, it handed out 27 awards in 21 different practice areas. See some of last year’s winners here.

Awards from the American Bar Association

The American Bar Association is a voluntary bar composed of both lawyers and law students from across the United States. The ABA has many roles, including setting academic criterion for law schools and creating model rules of ethics for attorneys. The ABA has over 400,000 members, and gives out many awards for outstanding attorneys in different categories. For example, every year it awards the John H. Pickering Achievement Award. This award recognizes a senior attorney who has not only shown excellent litigation skills, but also a larger dedication to community and service.
If you have an award you would like to add to this list, or have questions about the awards an attorney can earn, do not hesitate to get in touch with The Reeves Law Group today.

2 comments on “The Most Prestigious Awards a Lawyer Can Earn”