In Danbury, CT, one nanny was caught on hidden camera burning a child and tossing her to the ground. In Houston, TX, a hidden surveillance camera captured her abusing and repeatedly suffocating the baby she had been hired to care for. In Fontana, CA, a nanny was recorded shaking, pulling, and even covering the mouth of the one of the children in her care. In Northern California, a baby-faced 20-year old babysitter was caught on a hidden camera allegedly suffocating a 13-month-old boy to stop him from crying. 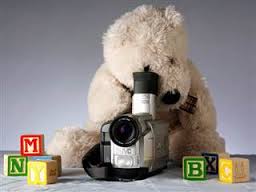 In a 2001 report, the Department of Justice estimated that about 14% of the country’s children under the age of 5 are regularly cared for by a non-related childcare provider. The DOJ also found that babysitters accounted for about 4% of crimes committed against children less than 6 years old—a rate below that of strangers.

While it’s just common sense to do a thorough background check, including criminal records, motor vehicle driving records, the sex offender registry, many offenders who are caught on hidden camera had passed such background checks.

It’s legal to install a nanny cam in all 50 states, even if you choose to videotape your nanny without her consent. However, the laws of 13 states expressly prohibit the unauthorized installation or use of cameras in private places.

In Alabama, Arkansas, California, Delaware, Georgia, Hawaii, Kansas, Maine, Michigan, Minnesota, New Hampshire, South Dakota and Utah, installation or use of any device for photographing, observing or overhearing events or sounds in a private place without the permission of the people photographed or observed is against the law. A private place is one where a person may reasonably expect to be safe from unauthorized surveillance. This means you can’t record in clearly private areas of your home, such as the bathroom or a live-in nanny’s bedroom.

38 states, as well as the District of Columbia, allow you to record a conversation to which you are a party without informing the other parties you are doing so. Federal wiretap statutes also permit this so-called one-party-consent recording of telephone conversations in most circumstances.

But if you live in California, Connecticut, Delaware, Florida, Hawaii, Illinois, Louisiana, Maryland, Massachusetts, Montana, Nevada, New Hampshire, Oregon, Pennsylvania or Washington, you must notify your nanny (preferably in writing) if you have a nanny cam that records both audio and video. The person who is recorded in violation of the law could hire a personal injury lawyer, file a lawsuit and seek compensation for damages, such as suffering or emotional distress. You could also put yourself at risk for criminal charges. Also, any evidence of abuse or neglect found on the tape could be inadmissible during legal proceedings. Therefore you must consider your state’s laws before you capture audio using a hidden nanny cam. 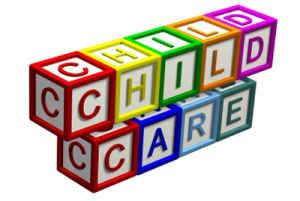 Many nanny cams can even be connected to the Internet so that parents can check the camera while they are away. Some nanny cams even allow parents to speak through the nanny cam system using their smartphones.

But take precautions with this new technology … a Seattle couple suspected that someone had hacked into their cloud-based nanny cam. In Houston, a nanny heard a man speaking through the nanny cam and later confirmed that it was neither of the parents. Be sure to set passwords for your nanny cams!

What do you think? Are hidden nanny cams just common sense, or are they a bit paranoid? Would you install a hidden security camera in your home?

One comment on “Are Hidden Nanny Cams Actually Legal?”