Fact or Fiction: Not All “Life Sentences” Around the World Are Actually for Life

This is true! In most of Western Europe, for example, a “life sentence” actually means that after a minimum term of 12 to 25 years, the prisoner becomes eligible for parole. However, in most of Europe, prisoners who are considered to be dangerous can be sentenced to “indefinite detention” despite eligibility for parole. 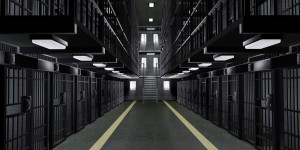 In England and Wales, most prisoners with “life sentences” will be eligible for parole or “early release” after a minimum term set by the judge. The average minimum term is now 15 years. In some exceptionally grave cases, however, a judge may order that a life sentence should actually mean life by making a “whole life order.”

In France, inmates jailed for “life” are eligible for parole after 18 years served, or after 22 years for repeat offenders. In cases of child murder involving rape or torture, the Court can impose a term of 30 years or decide that the defendant cannot be paroled.

In Germany, the minimum time to be served for a sentence of “life” imprisonment is 15 years, after which the prisoner can apply for parole.

Prisoners serving a “life sentence” in Denmark are entitled to a pardoning hearing after 12 years. Prisoners sentenced to life imprisonment serve an average of 16 years, more for cases considered to be particularly grave.

In Poland the prisoner serving a “life sentence” must serve at least 25 years before becoming eligible for parole. The highest maximum prison term is 50 years.

Holland…a European exception. Since 1878, after the abolition of the death penalty in Holland, life imprisonment has almost always meant serving time in prison until death. Holland is one of the few countries in Europe where prisoners are not granted a review for parole after a given time. Though the prisoner can appeal for parole, it must be granted by Royal Decree and is almost never successful.

Life Sentences in the United States 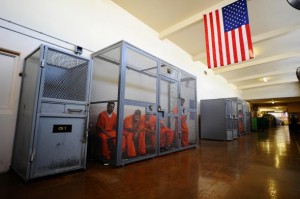 In the United States, all states except Alaska allow a sentence of “life without the possibility of parole” or LWOP. Sometimes technically finite sentences are handed out (e.g., 100+ years) that exceed a century and thus are seen as being ‘de facto’ life sentences.

Additionally, for particularly heinous crimes, courts will sometimes tack additional years onto the sentence, in addition to life imprisonment, in order to ensure that no amount of good behavior could ever result in the prisoner being set free.

For example, Ariel Castro, perpetrator of the Cleveland abductions, was sentenced to “life plus 1,000 years,” for the 937 criminal counts of rape, kidnapping, and aggravated murder stemming from those kidnappings, which he pled guilty to. James Holmes, the gunman who murdered 12 people and injured 70 others when he carried out a carefully planned shooting at a movie theatre in Colorado, was handed life sentences for each fatality and the maximum 3,318 years in prison.

Countries That Have Abolished the Life Sentence 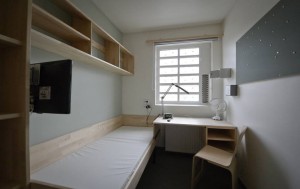 Portugal was the first country in the world to abolish life imprisonment in 1884. Other countries that have abolished it include: Mexico, Spain, Vatican City, Norway, Serbia, most South and Central American countries, Mozambique, and Republic of the Congo.

But even countries that have abolished the life sentence often keep prisoners incarcerated indefinitely if they pose a threat to public safety. Norway, for example has no life sentences. Norwegian Anders Breivik was convicted of killing 77 people in 2011, and was sentenced to the maximum 21 years allowable by law. But Breivik may be indefinitely detained for as long as he continues to pose a threat to society. This may lead to sentences being indefinitely extended, essentially leading to offenders spending the rest of their lives in prison despite never receiving a life sentence.

What do you think? Are life sentences for life a good idea or should prisoners be eligible for parole after serving a minimum term?

One comment on “Fact or Fiction: Not All “Life Sentences” Around the World Are Actually for Life”