Does Your Vote Really Matter? How the Electoral College System Works.

What is the Electoral College?

“The person having the greatest number of votes for President, shall be the President, if such number be a majority of the whole number of Electors appointed ….” 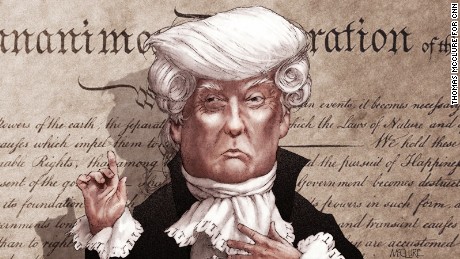 The Electoral College is made up of 538 electors who cast votes to decide the President and Vice-President of the United States. The number 538 is the sum of the nation’s 435 Representatives, 100 Senators, and 3 electors given to the District of Columbia. 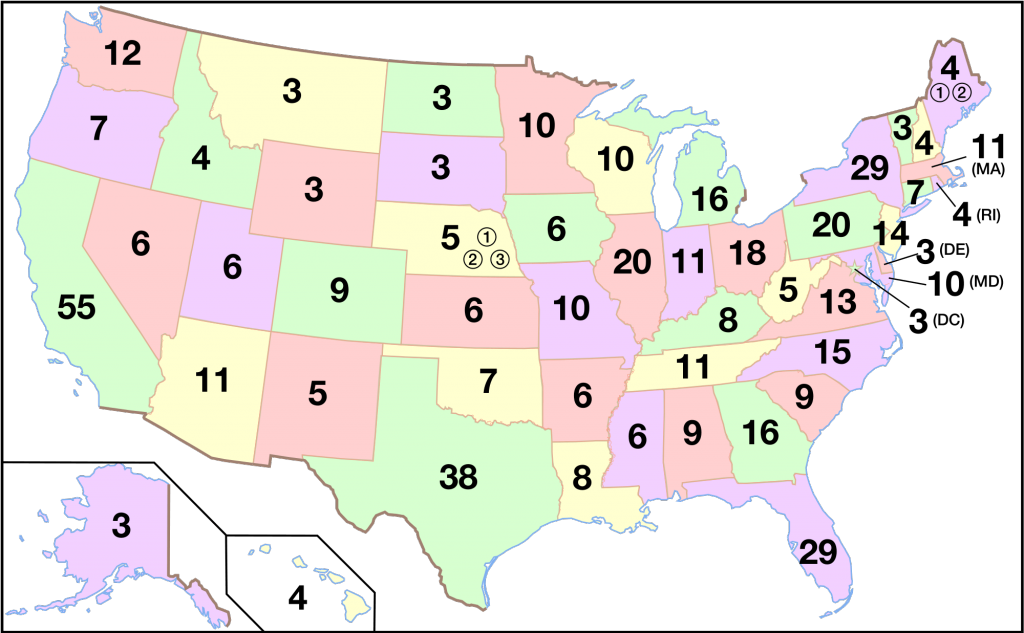 How Are Each State’s Electors Selected?

There is a two-part process to selecting each state’s Electors. First, the political parties in each state choose slates of potential Electors sometime before the general election. Electors are often chosen to recognize their service and dedication to that party. So by the end of the first stage, each Presidential candidate has his or her own unique slate of potential Electors.

In all states except in Nebraska and Maine, the winning Presidential candidate’s slate of potential Electors are then appointed as the state’s Electors.

For example, if Donald Trump won the popular vote in Alaska, his slate of potential Electors are appointed as Alaska’s Electors. Those Electors would then cast their votes for Trump as President.

In Nebraska and Maine, the state winner receives two Electors and the winner of each congressional district (who may be the same as the overall winner or a different candidate) receives one Elector. This system permits the Electors from Nebraska and Maine to be awarded to more than one candidate.

Are Electors Legally Required to Vote for their Party’s Candidate?

It depends. There is no Constitutional provision or Federal law that requires Electors to vote according to the results of the popular vote in their states.

However, 27 states require Electors to cast their votes according to the popular vote. About 29 states also provide that so-called “faithless Electors” may be subject to fines or may be disqualified for casting an invalid vote and be replaced by a substitute elector. Throughout history, more than 99 percent of Electors have voted as pledged.

And yet, there have been 157 faithless electors in American history. 71 of these votes were changed because the original candidate died before the day on which the Electoral College cast its votes.

When Does the Electoral College Actually Vote?

Although the nation goes to the voting booths on November 8, each state’s electors meet on the Monday following the second Wednesday of December to cast their votes, which is December 19, 2016, this year. Those votes are then sent to the President of the Senate who reads them before both houses of Congress on January 6th. The President-Elect takes the oath of office and is sworn in as President of the United States on January 20th in the year following the Presidential election.

Can A Candidate Win the Popular Vote But Not the Required 270 Electoral College Votes to Become President?

The three elections where the popular vote differed from the electoral votes were: the Hayes/Tilden election of 1876, the Harrison/Cleveland election of 1888, and Bush/Gore in 2000.

What If Neither Candidate Wins the Required Majority of 270 Electoral Votes?

Believe it or not, this has actually happened twice in American history!

In 1801 Thomas Jefferson and Aaron Burr, both Democrat-Republicans, received the same number of electoral votes, despite the fact that Burr was running as a vice presidential candidate, not for the presidency. Following 36 successive votes in the House, Jefferson was finally elected president.

In 1824 John Quincy Adams was elected president despite not winning either the popular vote or the electoral vote. Andrew Jackson actually received 38,000 more popular votes than Adams, and 15 more electoral votes than Adams. However, Jackson did not receive the majority 131 votes needed in the Electoral College to be declared president. In fact, neither candidate did. The decision went to the House of Representatives, which voted Adams into the White House.

Fun! The world’s most terrifying reality TV show could, under this scenario, continue indefinitely, while either Tim Kaine or Mike Pence serves as acting President.

47 comments on “Does Your Vote Really Matter? How the Electoral College System Works.”