Do Some States Require Children to Financially Support their Aging Parents?

Believe it or not, about thirty states have laws on the books that that impose a duty, usually (but not always) on adult children, for the support of their impoverished parents or other relatives.

Based on England’s Poor Law Act of 1601, the laws originally held that the father, grandfather, mother, grandmother and children of “every poor, old, blind, lame and impotent person” had to step up and support their indigent relative to the extent of their ability. Back then, only people in need who had no family members to support them were eligible for public assistance.

Under many of these filial responsibility or support laws, if the children fail to provide adequately for their indigent parents, nursing homes and government agencies can bring legal action to recover the cost of caring for the parents. Adult children can even go to jail in some states if they fail to provide filial support. 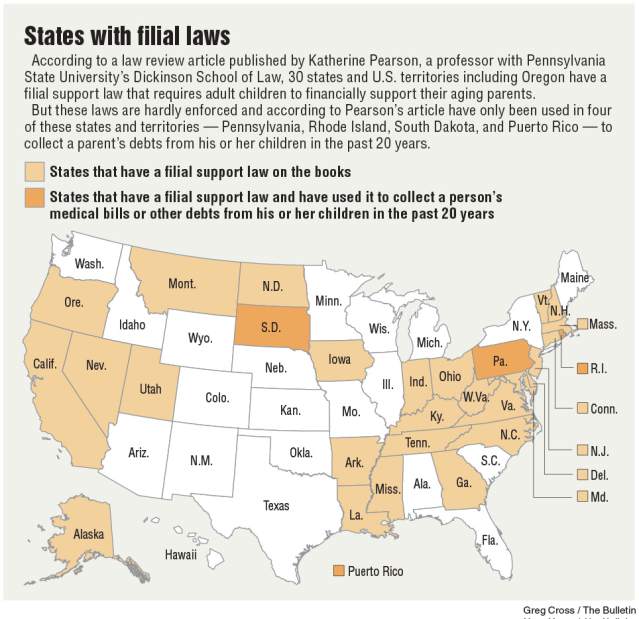 Few people even know that these laws exist because most of them were rarely enforced after the advent of Medicare and Social Security. Still, more lawsuits invoking these filial support laws are going to court.

For example, in 2007, Elnora Thomas of Tampa, Florida was pursued by her mother’s nursing home in Philadelphia for nearly $50,000 in unpaid bills. Thomas had no money, so the nursing home threatened to put a lien on her house to get her to pay the nursing home bill.

Recently, there was at least one court decision that found a child responsible for his mother’s nursing home bill without any evidence of wrongdoing on the part of the child, such as transferring the parents’ assets to themselves.

Today, Medicaid pays more than $100 billion per year for long-term nursing care, consuming more than one-third of its budget. But with the population aging, it’s possible more states will turn to filial support laws to rein in public spending. 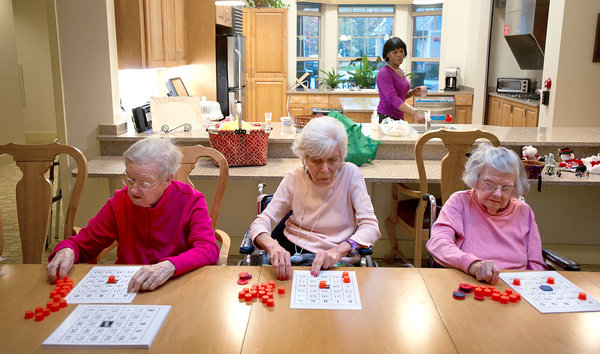 In California, the filial support law provides that “every adult child who, having the ability so to do, fails to provide necessary food, clothing, shelter, or medical attendance for an indigent parent, is guilty of a misdemeanor.” California Family Code §§ 4400-4405.

Section 4400 is still on the books but is undermined by California Welfare and Institutions Code 12350, which provides that “[n]o relative shall be held legally liable to support or to contribute to the support of any applicant for or recipient of aid under this chapter.” It further states, “No county or city and county or officer or employee thereof shall threaten any such relative with any legal action against him by or in behalf of the county or city and county or with any penalty whatsoever.”

What do you think? Should taxpayers pick up the entire tab for nursing home care if an older person’s family is able to pay at least some of the expenses? Is it unfair to expect adult children to pay for their parents’ care?