Are Presidential Candidates Legally Required To Release Their Tax Returns?

Candidates Are Not Legally Required to Release Tax Returns

Despite the lack of legal requirement, for the last thirty years, almost all presidential and vice presidential candidates have released reams of their personal tax returns. Of 34 past presidential and vice presidential candidates, only seven — Brown, Buchanan, Huckabee, Forbes, Giuliani, Lugar, Nader — declined to release personal tax returns. Hillary Clinton has released her tax returns for years 2007 to 2014 showing that the Clintons paid more than $43 million in taxes over that period. For his part, Donald Trump has said that the tax rate he pays is “none of your business” and “I fight very hard to pay as little tax as possible.”

Are Presidential Candidates Legally Required to Reveal Any Financial Information?

Yes! Presidential candidates are legally required to file a “Personal Financial Disclosure” with the Federal Election Commission. But personal tax returns reveal different and important information, such as taxes paid and tax rate, deductions and credits claimed, charitable donations, debts claimed, offshore assets, and so on.

Trump has filed a legally required 104-page “Personal Financial Disclosure” with the Federal Election Commission. It contains general lists of investments in more than 550 different entities, and income from hundreds of different sources. However, unlike a tax return, this form does not show a person’s annual income and is not sworn to be accurate under penalty of perjury.

If It’s Not Legally Required Why Do Candidates Release Their Tax Returns Anyway?

Because it’s simply expected. Every major presidential candidate in the modern era has done so. Even Richard Nixon released his tax returns while he was being audited. Most voters believe they have a right to know how much a candidate pays in taxes, gives to charities, and claims in credits and deductions.

Are There Legal Reasons Why Donald Trump Hasn’t Released His Tax Returns?

In late March, Donald Trump released a letter from his tax attorneys and accountants attesting to the fact that all of his tax returns from 2009 forward are currently being audited by the IRS.

At a televised debate on February 25, 2016, Trump said, “I will absolutely give my return, but I’m being audited now for two or three [years’ worth] now so I can’t,” he continued. However, there is no legal restriction preventing auditees from releasing tax returns. 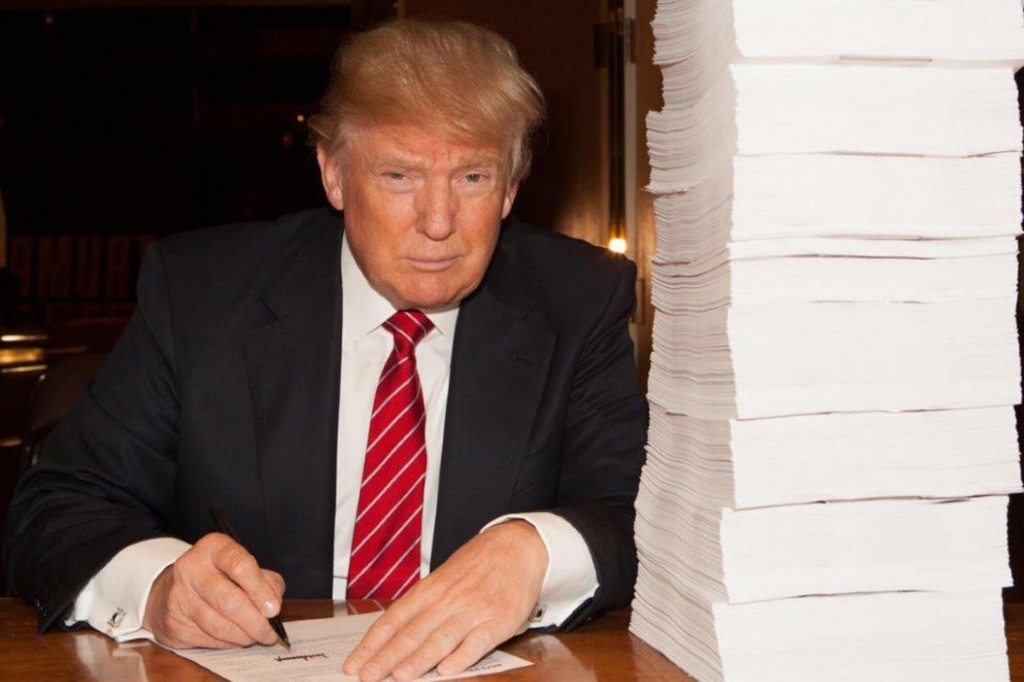 Billionaire Mark Cuban tweeted a suggestion that the reason Trump hadn’t releasing his tax returns was that Trump might be embarrassed that the Clintons actually “made more” money than him. Others speculate that the tax returns would reveal how little Trump has given to charity, in contrast to his “huge” claim that he donated more than $100 million to charity over the course of the campaign. Many also believe it’s because there are concerning ties between Trump and the Russian government, which his tax returns might reveal. The Washington Post collected all the facts known so far about Trump’s taxes, including that he apparently paid little or no federal taxes in several years. Mark Sanford, the Republican former governor of South Carolina, has urged Trump to release his tax returns.

What do you think? Should the law require that all presidential candidates release their tax returns? Does a candidate’s refusal to release tax returns affect your view of them?

72 comments on “Are Presidential Candidates Legally Required To Release Their Tax Returns?”