Fact or Fiction: 12-Year Olds Can Get Married in the U.S.

While 18 is the minimum marriage age in most states, there are exceptions in every state that allow children younger than 18 to marry, typically with parental consent or judicial approval. Nine states still allow pregnancy exceptions to the marriage age. In fact, 27 states do not specify an age below which a child cannot marry, including California!

Where Is Child Marriage Most Common in the U.S.?

It is most common in West Virginia and Texas, where about seven of every 1,000 15- to 17-year-olds were married in 2014, compared to five of every 1,000 nationwide. Several other states in the South and the West, including Oklahoma, Arkansas, Tennessee, North Carolina, Nevada and California, also have above-average rates of child marriage. 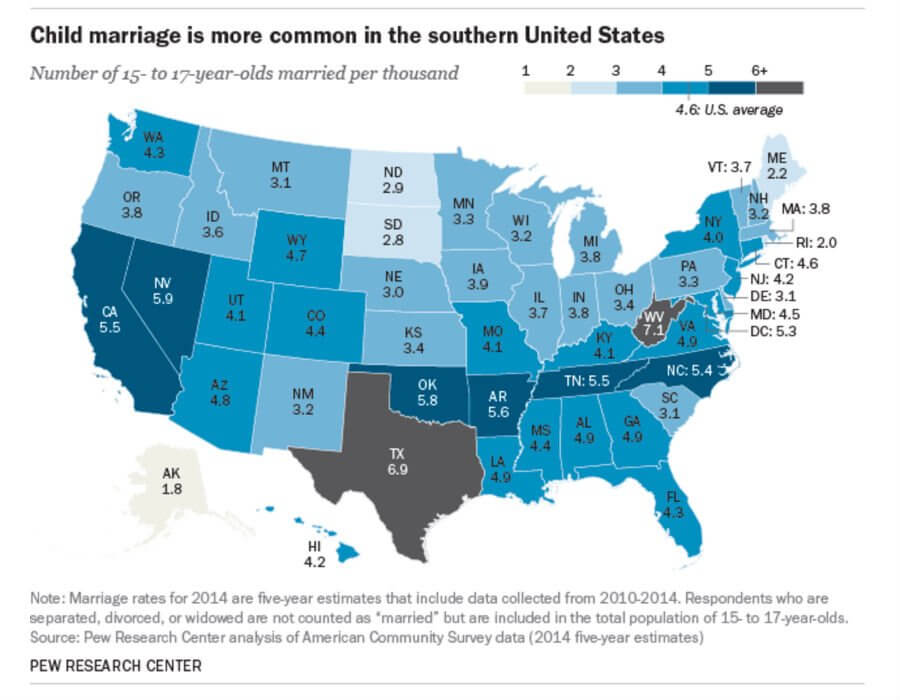 A nonprofit called Unchained at Last compiled statistics for marriages from 2000 to 2012. They discovered that in 38 states, more than 167,000 children — almost all of them girls, some as young as 12 — were married during that period, mostly to men 18 or older. It is estimated that the total number of children wed in America between 2000 and 2010 was nearly 248,000. At least 31 percent were married to a spouse age 21 or older, although the actual number is probably higher, as some states did not provide spousal ages. These marriages occurred even in states that have statutory rape laws.

Many of the states that provided data included categories such as “14 and younger,” without specifying exactly how much younger some brides and grooms were. So while 12-year-old married children were found in Alaska, Louisiana and South Carolina’s, there may have been children younger than 12 wed in America between 2000 and 2010.

The data collected by Unchained at Last did not account for children wed in religious-only ceremonies or taken overseas to be married. For example, some children are wed in Islamic weddings before the age of 18, then wed again in civil ceremonies once they reach age 18. According to a survey by the Tahirih Justice Center, there appears to be an increasing number of forced child marriages among immigrant communities from countries like India, Pakistan, Bangladesh, Mexico, the Philippines, Yemen, Afghanistan, and Somalia. 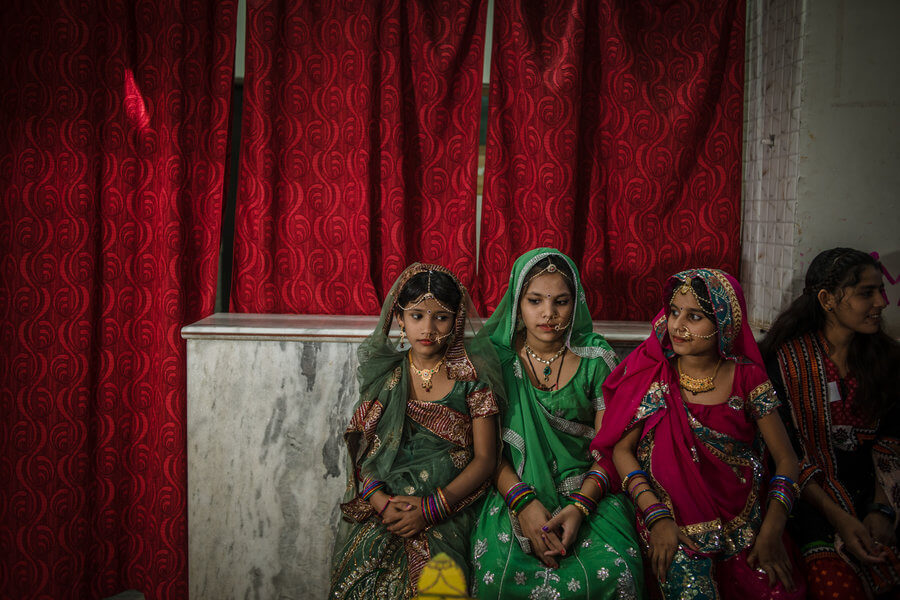 One of the most notorious scandals involving child marriage is the Fundamentalist Church of Jesus Christ of Latter-Day Saints (FLDS), which is North America’s largest polygamist sect. The sect was run by Warren Jeffs, who wed several wives when they were 12 years old. Jeffs is now in prison for child sexual assault. 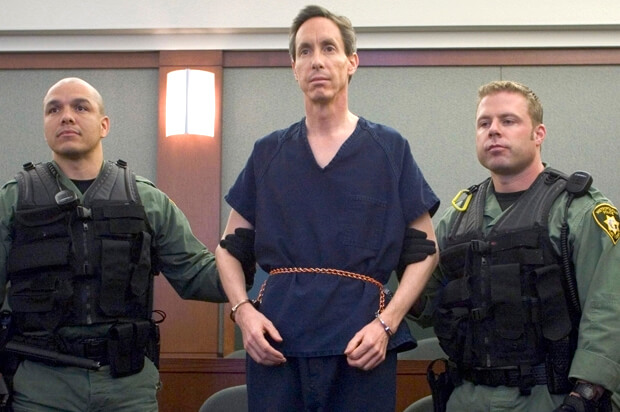 Why is Child Marriage Harmful?

There’s been a push for laws banning child marriage in states like New York and Virginia. No such law has been passed in California yet.

In 2016 Virginia passed a law banning most marriages of persons younger than 18, and removed the pregnancy exception. Under the new Virginia law, 16- and 17-year-olds must apply to become emancipated before they can marry. A judge evaluates whether a minor is being coerced to marry and may consider the age difference between a couple and a person’s criminal history in considering an application.

Some state lawmakers still resist passing legislation to end child marriage, fearing that such measures might unlawfully stifle religious freedom or because they believe marriage is the best solution for a teen pregnancy.

What do you think? Should marriage for anyone under the age of 18 be banned or should the exceptions for parental consent, pregnancy, or judicial approval remain in place?