Mo’ Money Mo’ Problems. Legal Advice for When You Win the Lottery

at a Michigan fiberglass factory, which she’d described as a “nasty, dirty” job. After taxes, she takes home about $140 million. The top three largest lottery wins in American history are:

But, believe it or not, lotteries in other countries exceed even the American records. For example, Spain’s Sorteo Extraordinario de Navidad (Spanish Christmas Lottery) is the world’s largest lottery. In 2012, its main jackpot was €720 million euros or $941.8 million U.S. dollars! And did you know that European jackpots are generally tax-free for the winners?

Sadly, not everyone spends their winnings wisely. Here are some lottery winners who became rich and poor in a ridiculously short period of time:

In 2004 Sharon Tirabassi, a single mother who had been on welfare, won the Ontario Lottery for $10,569,00.10 (Canadian). Less than a decade later, she was back riding the bus, working part-time, and living in a rented house. How? She’d spent her winnings on a big house, fancy cars, designer clothes, lavish parties, exotic trips, handouts to family, and loans to friends. 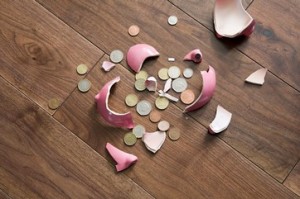 In 2002 West Virginia building contractor Andrew Jackson Whittaker Jr. received a cash payout of $114 million after taxes on a multi-state Powerball draw. Shockingly, within four years, his fortune was gone due to lavish spending and lawsuits filed by casinos over his bounced checks.

Clearly, winning a lot of money in the lottery is a dream come true for most people, but it can also present some significant burdens and traps if you don’t get all your ducks in a row. To do that, you will need a competent, ethical and trustworthy team of accountants, financial advisors, lawyers…and maybe even a good therapist! 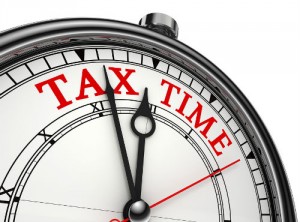 13 years after Tonda Lynn Dickerson won $10 million from a lotto ticket given to her by a regular customer at the Waffle House where she worked, the IRS ordered Dickerson to pay a gift tax for $1,119,347.90. Dickerson had placed her winnings in a corporation and granted her family 51 percent of the stock, which qualified for the gift tax according to the U.S. Tax Court. Oops.

In the U.S. all lottery winnings of at least $600 are automatically reported to the Internal Revenue Service and taxed at 30%. But that’s not the end of it for lottery winners. All sorts of activities could trigger significant tax implications and penalties, including making gifts, buying and selling investments, and so on. Now that you can actually afford a tax lawyer, invest in some good advice so that your spending sprees, gifts, and investments don’t end up costing you more than they should. If you want to engage in philanthropy with your lottery winnings, you may want a tax lawyer to review your charitable giving plans. 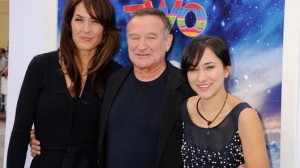 Once you hit it big, your newfound wealth could trigger serious family conflicts over inheritance issues. An estate planning lawyer can help you draft trust or will documents that will effectuate your wishes and minimize the potential for lawsuits over any bequests you make. If you happen to remarry, your children are also more likely to litigate with their stepparent over who gets your estate. Robin Williams’ three children and his ex-wife have just settled an 8-month dispute over his $100 million estate.

They say that distant relatives (and old enemies) come out of the woodwork when you win the lottery. Some of them might beg, steal, or even try to blackmail you. Neighbors could start tripping on your lawn. The point is…strange things can happen when people find out you’re loaded. If someone does end up suing you, you will need a litigator – a lawyer who specializes in lawsuits. 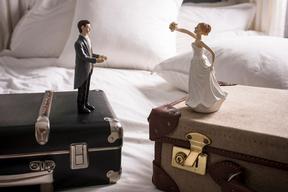 You may have seen that CSI: Las Vegas episode where a man won a huge sum gambling in the casino and was then pushed off the roof of his hotel by… as everyone suspected … his girlfriend.

Canadian resident Ibi Roncailoli won $5 million in a 1991 lottery, but she didn’t tell her husband that she gave $2 million of her winnings to a secret child she’d had with another man. When her husband found out, he murdered her by poisoning her with painkillers.

And in case you were thinking of hiding your lottery win from your spouse, take a look at what happened to Denise Rossi. When Rossi won $1.3 million in California, she filed for divorce 11 days later and never disclosed the win during divorce proceedings. Two years after their divorce, the husband found out about her lottery win when he received a revealing letter in the mail. He sued Rossi for not disclosing her winnings in the divorce, and the judge awarded him every cent.

With your lottery winnings, you might buy a beautiful new mansion, launch the business of your dreams, or travel all around the world with your loved ones. What you need for all big endeavors is proper insurance. While you can purchase insurance from various brokers, their main incentive is to sell you a product. It doesn’t hurt to get a second opinion from an insurance lawyer who can tell you the pros and cons of any policy you are contemplating.