Fact or Fiction: Valentine’s Day is BANNED in some countries.

This is fact! In America, people moan about how awful Valentine’s Day is – the restaurants are all packed, the greeting cards get more expensive every year, couples feel this weird obligation to “do something special.” Yeah, Valentine’s Day is so hated that anti-Valentine’s Day events have even sprung up all across the country.

But did you know that in some countries you couldn’t even celebrate it if you wanted to? 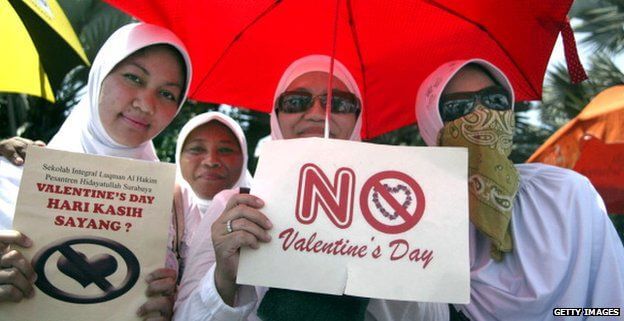 In Pakistan, authorities have warned media outlets not to broadcast romantic content on Feb. 14. This year, the President of Pakistan said, “Valentine’s Day has no connection with our culture,” adding that the celebration should be avoided. The president also asked Pakistani students to “always maintain their religious and national identity.”

In India, the government does not condemn the holiday — but Hindu extremists have threatened to defend their strict interpretation of Indian culture by attacking celebrants. Some political parties say it promotes Western values.  For example, the Indian Hindu nationalist party Mahasabha said that they would encourage couples spotted out together on Valentine’s Day to get married. 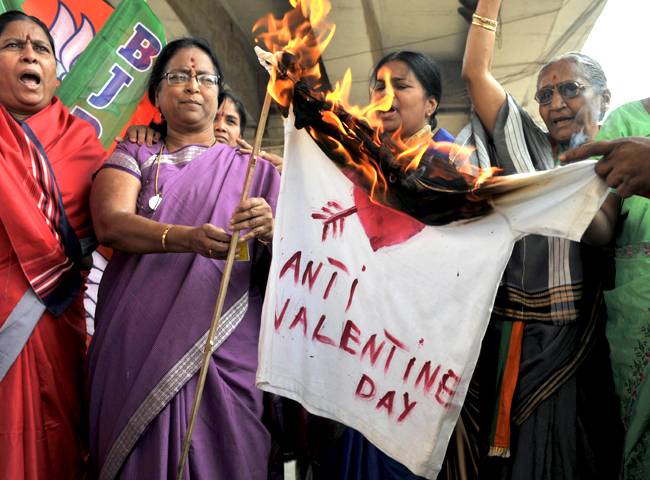 In some countries, Valentine’s Day is considered a pagan holiday and celebrations are expressly prohibited. In Iran, Valentine’s Day was banned in 2011. Nevertheless, restaurants in Tehran are often fully booked and many shops sell teddy bears and heart-shaped boxes of chocolates.

In Saudi Arabia, Valentine’s Day is banned by the religious police. Women and men sit separately in restaurants and public displays of affection are taboo. In 2014 the five Saudis were sentenced to a total of 39 years in prison, as well as 4,500 lashes between them. The men had been found dancing with six women they were unrelated to on Valentine’s Day. Alcohol and red roses were also seized. 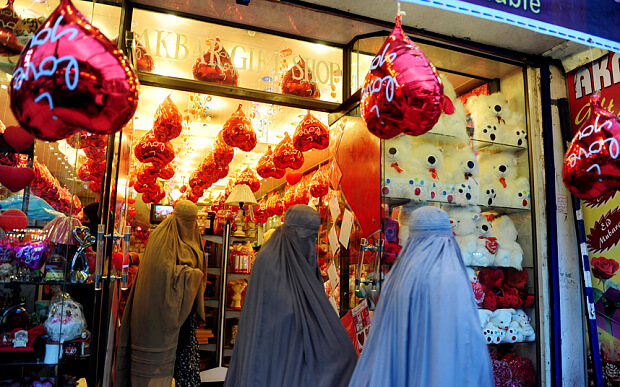 Indonesia has the world’s largest Muslim population, but its government is supposed to be secular. However, in the province of Aceh, the only place with Islamic rule, Valentine’s Day celebrations and gifts are banned. Conservative Indonesians have also protested that Valentine’s Day is un-Islamic.

Believe it or not, the governor of Russia’s Belgorod province banned Valentine’s Day in 2011 to preserve “spiritual security.”