Fact or Fiction: California Law Does Not Require You to Pay an Unlicensed Contractor 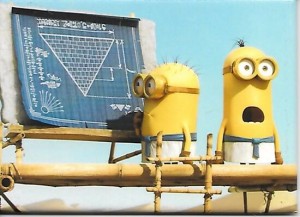 Fact! It is illegal for an unlicensed person to perform contracting work on any project valued at $500 or more in combined labor and material costs.

Under California Contractor’s State License Law, an unlicensed contractor may not “bring or maintain” any action for compensation for performing any act or contract for which a license is required unless the contractor was duly licensed “at all times” during performance. Business & Professions Code § 7031(a). This means that if an unlicensed contractor tries to sue someone who hired him/her for unpaid work, no California court will enforce payment!

But perhaps the most onerous penalty of all is that an unlicensed contractor may be required to disgorge any compensation it has previously been paid for performing work requiring a license. Bus. & Prof. Code § 7031(b). For example, in Twenty-Nine Palms Enterprises Corporation v. Bardos (2012) 210 Cal.App.4th 1435, the Court of Appeal affirmed disgorgement by an unlicensed contractor of the entire amount paid to him under his contract – a whopping $751,995.

In Wright v. Issak (2007) 149 Cal.App.4th 1116, a contractor had a California contractor’s license, but his license was automatically suspended for his failure to obtain workers compensation insurance for his employees. The contractor had to return all amounts he had been paid in connection with a home remodeling project. 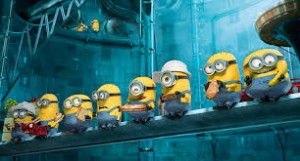 Those who are caught contracting without a license likely will have to appear before a Superior Court judge to answer to misdemeanor charges that can carry a potential sentence of up to six months in jail and/or a $5,000 fine, as well as an administrative fine of $200 to $15,000. If illegal contracting continues, the penalties become more severe. A second offense results in a mandatory 90-day jail sentence and a fine of 20 percent of the contract price or $5,000.

Felony charges could be filed against anyone who illegally uses another person’s contractor license or who tries to mislead consumers into believing that he or she is a licensed contractor.

In addition, a person who uses the services of an unlicensed contractor is a victim of a crime and may be eligible for restitution of economic losses regardless of whether that person had knowledge that the contractor was unlicensed.  Bus. & Prof. Code §§ 7028, 7028.16.

How Can You Report Unlicensed Contractors?

Go to the Contractors State License Board website to make reports of unlicensed activity.

10 comments on “Fact or Fiction: California Law Does Not Require You to Pay an Unlicensed Contractor”