Did United Have the Right to Forcibly Remove a Passenger from a Full Flight?

@United overbook #flight3411 and decided to force random passengers off the plane. Here’s how they did it: pic.twitter.com/QfefM8X2cW

Last Sunday, Dr. David Dao was violently removed from United Express Flight 3411 after he refused to give up his seat on a full flight from Chicago, IL, to Louisville, KY. United said airline representatives chose four passengers to leave the plane at random based on ticket class, frequent flier status and check-in time. Dr. Dao was traveling with his wife, but she was not chosen for removal by United. Chicago Aviation Security Officers then forcibly removed Dr. Dao from his seat and dragged him off the plane. 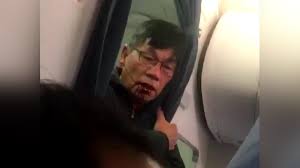 Initial reports were that the Sunday flight was overbooked, but Dr. Dao’s lawyer recently confirmed at a press conference that the flight was simply full. The real story is that United needed to get four of its employees to Louisville for work on Monday.

Dr. Dao told flight officials he was a physician and needed to be at work the next morning. According to Dr. Dao’s lawyer, he suffered a concussion, broken nose, and lost two front teeth due to the ordeal, and needs reconstructive surgery.

In his first public statement, United CEO Oscar Munoz said the incident was upsetting and he apologized “for having to re-accommodate these customers.” In an internal memo, he said employees had followed established procedures. United was overwhelmed with negative social media posts and press. 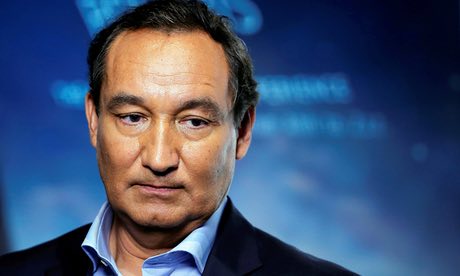 In subsequent public statements, perhaps after United stock lost about $770 million in value, the CEO said Dao was not at fault and “no one should be treated that way. Munoz said law enforcement will no longer be used to eject passengers who refuse to leave flights. “This will never happen again on a United Airlines flight.”

However, United pilots have said that the outrage should be entirely directed to the Chicago Aviation Authority officers.

What Does United’s Contract of Carriage State?

United airline’s contract of carriage, an agreement that all customers assent to when booking, does give United the freedom to deny boarding to ticketed passengers if a flight is overbooked. However, Dr. Dao’s flight was not overbooked, so those provisions do not apply. Even if Dr. Dao’s flight was overbooked, the contract of carriage does not explicitly permit removal of a passenger who has been boarded and seated.

Under “RULE 21 REFUSAL OF TRANSPORT” United has the right to refuse to transport or the right to remove from the aircraft at any point, any Passenger for reasons ranging from failure to pay, government request, failure to produce proof of identity, etc. Rule 21, subdivision (H), entitled “Safety,” permits United to remove passengers “whose conduct is disorderly, offensive, abusive, or violent” or “who fail to comply with or interfere with the duties of the members of the flight crew, federal regulations, or security directives.”

However, there is no clear evidence from the videos that Dr. Dao was disorderly, offensive, abusive, or violent prior to his forcible removal, or that he was otherwise interfering with flight crew duties, federal regulations, or security directives. If Dr. Dao sues, and United chooses to litigate rather than quickly settle, these issues are likely to become a point of contention in the lawsuit.

Changes Announced After the Dragging Incident

United first announced that all passengers on United Express Flight 3411 would be compensated equal to the cost of their tickets.

United also changed its policy “to make sure crews traveling on our aircraft are booked at least 60 minutes prior to departure. It doesn’t mean that if you’ve paid for a flight, you will never get bumped. The policy change simply means that passenger(s) will be bumped before boarding begins.

Taking advantage of the bad publicity surrounding United, rival Delta Airlines has authorized its supervisors to offer a displaced passenger up to $10,000 in compensation! The previous incentive had been $1,350.

In a story that went viral in 2009, a Canadian musician chronicled in this YouTube song how his guitar was broken by baggage handlers during a trip on United Airlines in 2008.

Geoff Fearns told the L.A. Times that, after being seated in his first-class seat, he was threatened with arrest and forcible removal if he refused to give up his seat to a more important customer who had arrived later.

For two years in a row, United also had the highest rate of animal deaths among U.S. airlines.

However, customers don’t really have much choice. Due to consolidation and merger among airlines, there are only twelve mainline airlines operating in the U.S.

What do you think?  Should airlines be permitted to bump even boarded, seated passengers from a flight so that higher priority customers or their own employees can fly instead? Should Dr. Dao sue United? Would you have left your seat if asked?

One comment on “Did United Have the Right to Forcibly Remove a Passenger from a Full Flight?”