President Trump has announced plans to spend 17 days (about three weeks) vacationing this August at his “summer White House” – his Trump National Golf Club in Bedminster, New Jersey. Trump has spent a good deal of time away from the White House, including 21 of his first 26 weekends, mostly at his luxury Mar-a-Lago resort in Palm Beach, Florida.

Why does President Trump spend so much time away from the White House? Last week, Golf Magazine reported that while chatting with some club members at Bedminster before a recent round of golf, Trump said: “That White House is a real dump.” A White House official denied that this occurred. The Trumps have hired a private decorator to transform their White House living quarters, although the appearance of the private residence is not usually shared with the public.

When an MSNBC anchor asked White House aide Sebastian Gorka about reports that Trump “taking off almost all of August,” Gorka replied that Trump “doesn’t have to be sitting in the” White House to “exercise command,” adding that throughout his presidency, Trump has been “crushing it.” 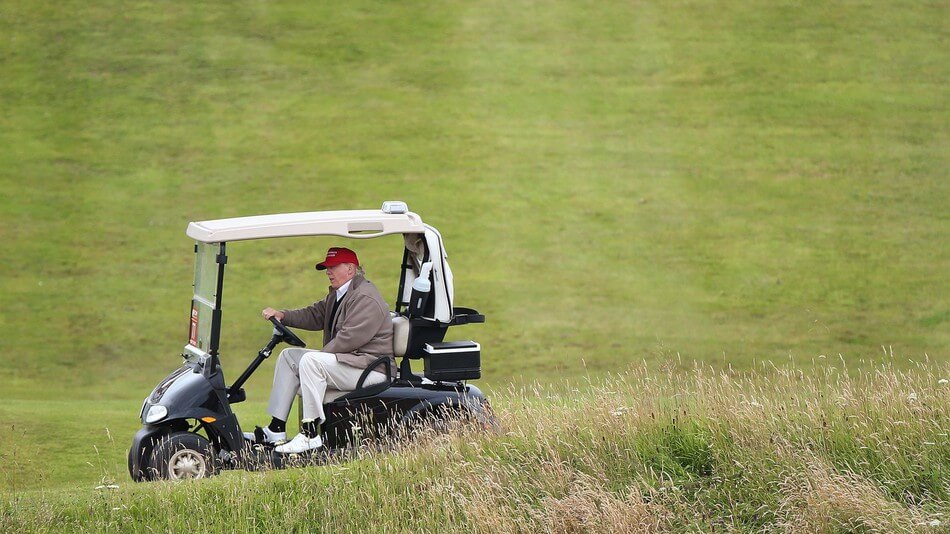 Trump’s stay means temporary flight restrictions within a 30-mile radius for local airports. Planes are also prohibited from flying within 10 miles of the town. Of course, plans can change quickly for a President, and Trump may not end up spending his entire three week vacation at his golf club. Some small businesses like Skydive New Jersey will also take a significant hit to their bottom line, according to owner Chuck Owen. The skydiving company’s 25 employees are forced to be grounded during Trump’s entire visit, and August is their busiest month of the season.

It cost Palm Beach County about $60,000 every day to pay for local law enforcement to work overtime when Trump visits Mar-a-Lago;

A local airport faces “devastation” because other flights are restricted when the President is in town;

Local businesses like flight schools and flight touring companies lose lots of money when flight restrictions are in place;

Residents in neighborhoods nearby complain about the constant rumbling of commercial flights redirected over their homes.

However, as the weather in the Palm Beach, FL area begins to get stiflingly hot, it looks like President Trump will be traveling instead to Bedminster, New Jersey this summer. 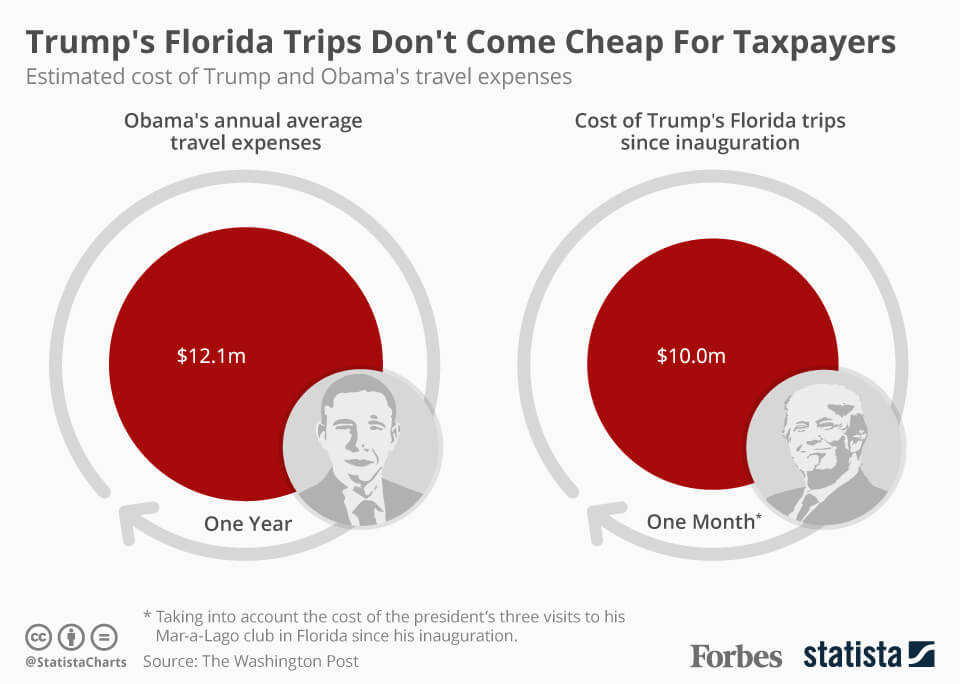 Meanwhile, Trump has considered canceling Congress’ entire August recess. Members of Congress are usually set to leave Washington at the end of July, but Senate Majority Leader Mitch McConnell (R-Ky.) pushed back the Senate’s recess by two weeks to buy more time to reach an agreement on a healthcare bill, which ended up not passing.

What do you think? Should Trump’s golf clubs reimburse local taxpayers for the costs of securing his visits? Should small businesses that experience a big drop in revenue due to flight restrictions be helped out by the President in some way? Should Trump work at the White House on weekends more often?