Even if you think that Rafael “Ted” Cruz has a face only a mother could love or that he is conservative evil incarnate, any review of his legal career shows that it was nothing short of brilliant. 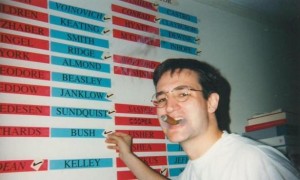 After a brief one-year stint as a law firm associate, Cruz joined the George W. Bush presidential campaign in 1999 as a domestic policy adviser. Cruz devised strategy and drafted pleadings for the Bush v. Gore case during the 2000 Florida presidential recounts.

After George W. Bush took office, Cruz served as an associate deputy attorney general in the U.S. Justice Department and as the director of policy planning at the U.S. Federal Trade Commission.

Back in Texas — Solicitor General 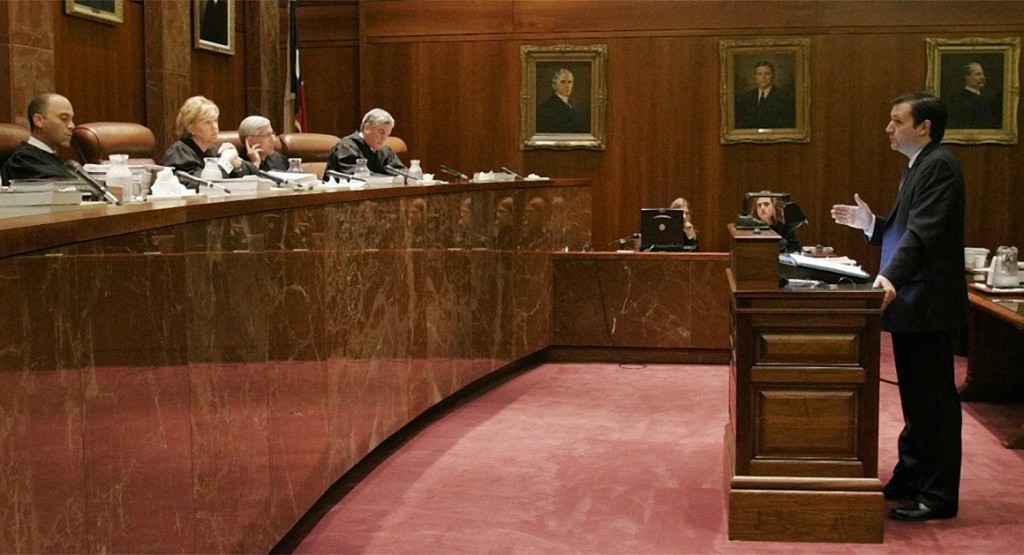 As Solicitor General Cruz aggressively looked to involve his office in conservative issues, and took on cases defending the public display of the Ten Commandments and the words “under God” in the Pledge of Allegiance, fighting to expand the death penalty to people who rape children, and defending the state’s Republican-drawn congressional districts. In some cases, such as the Heller gun dispute case from Washington, D.C., Texas had little or no direct interest. In Medellin v. Texas, Cruz also successfully defended the State of Texas against an attempt to re-open the cases of Mexican nationals whom were convicted of murder in the United States and were on death row.

According to the L.A. Times, Cruz was criticized by some of his subordinates for a propensity for putting his cowboy boots on their desks, and forcing them to stare at his heels instead of his face as they talked. They also disputed his campaign claim of having “authored more than 80 Supreme Court briefs,” saying he left the unglamorous legal writing to others.

From 2004 to 2009, Cruz also taught U.S. Supreme Court litigation at the University of Texas School of Law in Austin.

After leaving the Solicitor General position in 2008, Cruz worked in private practice as a Partner at Morgan, Lewis & Bockius LLP. There he led the firm’s U.S. Supreme Court and national Appellate Litigation practice. In one case, Cruz represented a Chinese tire company, which was accused of conspiring to steal an American company’s proprietary mining tire designs. Some have questioned Cruz’s choice of cases as being contrary to conservative principles, but lawyers at big law firms seldom get to pick and choose their clients.

In 2012, in what was considered a huge upset fueled by grassroots support, Cruz was elected the first Hispanic American to serve as a U.S. senator representing Texas, and is one of three Senators of Cuban descent. As a U.S. Senator, Cruz has sponsored the following legislation:

Cruz’s substantial legal talents may come in handy in the slew of lawsuits that have been filed to contest his eligibility to run or serve as President over the question of his “natural born” U.S. citizenship. While some of those lawsuits have been dismissed, Cruz still faces open cases in other states such as … Texas!

What do you think of Ted Cruz? Does he have any chance of beating Trump?