Is Taxpayer Money Being Used to Defend Donald Trump’s Receipt of Foreign Money?

This is true! Taxpayers are funding the lawyers defending President Trump’s receipt of business income from foreign governments while in office.

Shortly before taking office Trump announced that he would retain ownership of his company but leave it in control of his adult sons, Eric and Don Jr. All previous presidents in the modern era have sold their business interests before they assumed the office. For example, Jimmy Carter had to sell his peanut farm before taking office.

Trump also promised to donate all profits earned from foreign governments back to the U.S. Treasury. But since the average profit margin of a luxury hotel was between 6 and 15 percent, even if Trump doesn’t keep the profits from foreign governments, his hotels will still keep the largest share paid to them to cover costs, taxes, fees, catering and any other overhead they deem necessary.

For example, Trump’s hotel in Washington D.C. has received more than $270,000 in payments from a lobbying firm tried to Saudi Arabia, as the country seeks to overturn a US anti-terrorism law. Kuwait, Turkey and other countries have also held state-sponsored events at the D.C. hotel.

However, the Trump Organization is not tracking all possible payments it receives from foreign governments. The Trump Organization does not “attempt to identify individual travelers who have not specifically identified themselves as being a representative of a foreign government entity,” according to a company pamphlet. The policy suggests it is up to foreign governments, not Trump hotels, to determine whether they self-report their business. The Trump pamphlet notes that the hotels should not calculate the profit from foreign patronage but rather estimate it. 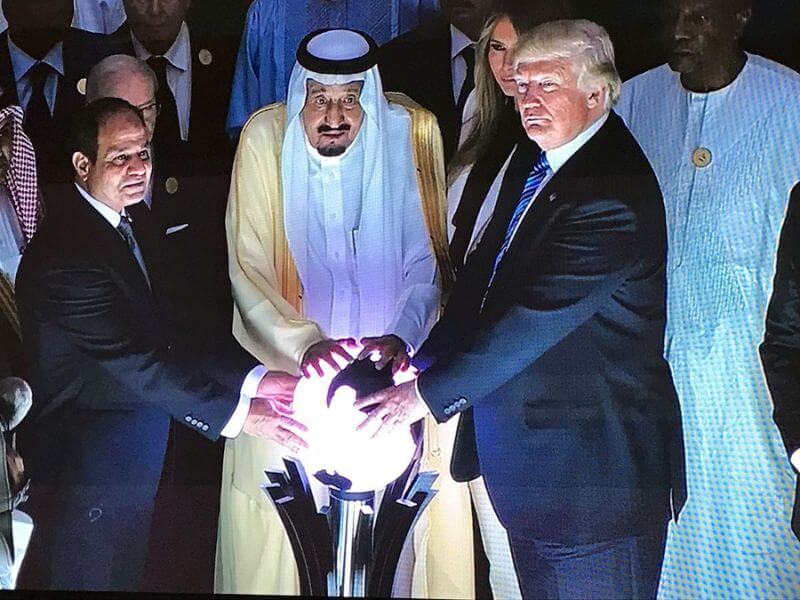 Rep. Elijah Cummings of the House Oversight Committee warned that under the Trump Organization’s policy, “foreign governments could provide prohibited emoluments to President Trump, for example through organizations such as RT, the propaganda arm of the Russian government.”

In January the Citizens for Responsibility and Ethics in Washington (CREW) filed suit against Trump. The group asserted that because Trump-owned buildings take in payments from foreign governments — which may seek to curry favor with him — the president has breached the emoluments clause.

The emoluments clause in the Constitution says that “no Person holding any Office of Profit or Trust under [the United States], shall, without the Consent of the Congress, accept of any present, Emolument, Office, or Title, of any kind whatever, from any King, Prince, or foreign State.” It was written out of fear that the young republic’s leaders or ambassadors could be bought off by a richer European power, but it has never been tried in court. 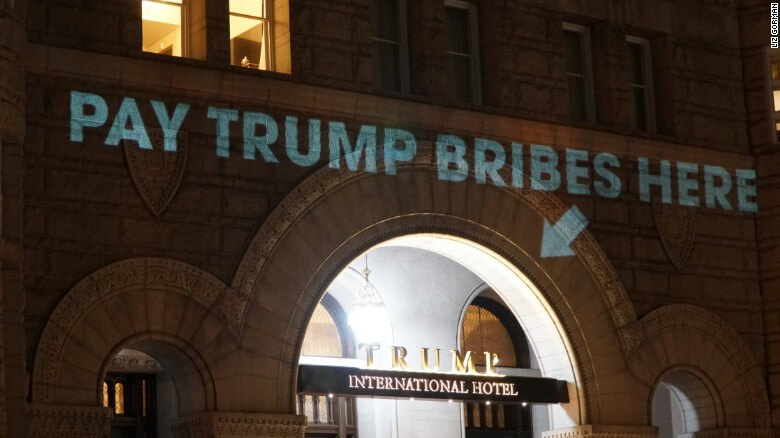 The DOJ argued that market-rate payments for goods or services made to the president’s real estate, hotel and golf companies do not constitute emoluments as defined by the Constitution. The DOJ also argues that CREW and other plaintiffs lack legal standing to bring the case against Trump and that Congress, not the court system, should determine whether Trump is in violation of the emoluments clause.

What do you think? Do you believe Trump will keep his promises to donate all profits from foreign governments to the U.S. Treasury? Should he have sold his businesses or do you think there is no conflict of interest?