Students Still Aren’t Going to Law School, But Will Robots Replace Them Anyways?

The number of law school student admissions is the same now as it was in 1973, even though there were fewer law schools back then. The numbers have been dropping since 2010, triggered by the Great Recession. Enrollment numbers have dropped 21 percent at private law schools in the past five years and 18 percent at public law schools. Even applicants to the country’s top 20 law schools  saw a median drop of 18 percent. 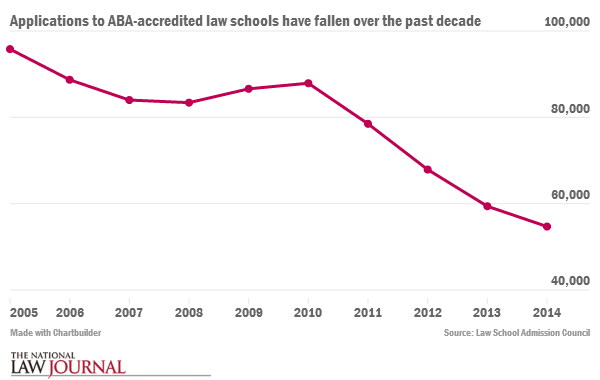 The jobs market for newly minted lawyers has only become tougher: certain tasks are being automated with software, while others can be outsourced to cheaper lawyers in places like India. Meanwhile, law schools still cost about $35,000 per year in tuition fees, reaching almost $60,000 at top schools, not to mention housing, food, and other expenses. Law school used to be a lot more affordable. In fact, a summer job at a firm could actually cover tuition for a whole year! 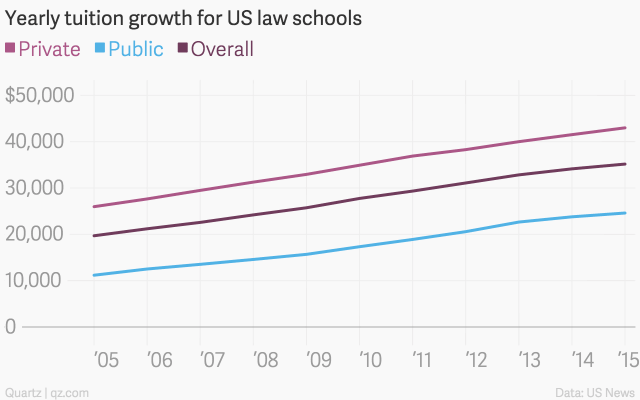 Some schools have cut class size. The University of Michigan Law School, for example, shrunk its class size in 2011 from 360 to about 300 students.

New York’s Pace Law School lowered tuition charges for out-of-state students. Other schools have reduced the scores needed on the Law School Admission Test. A couple are even offering “externships” during the school semester in major U.S. cities. In response to the weaker job market, some law schools are offering more practical legal experience classes, called clinics, in which students are often taught how to handle real-life cases.

Computers and software have already drastically reduced the numbers of legal secretaries needed at law firms. Will it also reduce the ranks of young lawyers?

In 2016, one of the country’s biggest law firms hired a robot to assist with bankruptcy cases. The robot, called ROSS and powered by IBM software, is marketed as “the world’s first artificially intelligent attorney.” ROSS is used by law firms to conduct legal research and uses machine learning technology to fine tune its methods. 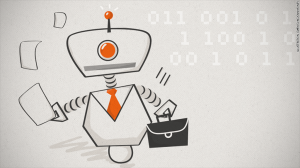 Several companies are developing AI lawyers or related software. Other software branded Luminance can “read natural language and actually understand it, using it to categorize documents, rather than just searching text to match key words or standard clauses.” Legal by Lex Machina searches public court documents to help predict how a judge will rule in a certain type of case.

AI legal software also promises to increase the efficiency of contract review by at least 50 percent to as much as 90 percent. However, humans are still required to analyze ambiguous language or unexpected cases.

Will Legal Robots Increase Affordability and Access to Legal Services for Consumers?

The vast majority of consumers and small businesses do not have access to quality, affordable legal representation. Perhaps emerging technology will improve the “access to justice crisis.”

One early example is the DoNotPay chat bot, which gained international attention in recent months for helping citizens overturn more than 160,000 parking tickets. The bot, which is available for free online and created by 19-year-old Joshua Browder, saves drivers the cost of hiring a lawyer for the traffic ticket appeal. Browder also plans to expand the chatbot to help vulnerable groups navigate complicated legal systems, such as refugees in foreign countries.

What do you think? Would you go to law school? For every job that technology takes away, can it return a net good to society in ways that might be difficult to immediately understand?

2 comments on “Students Still Aren’t Going to Law School, But Will Robots Replace Them Anyways?”