Fact or Fiction: A Sitting President Cannot Be Criminally Prosecuted While in Office

This is a fact! Trump’s lawyers have said special counsel Robert Mueller already has told them he would abide by a longstanding Department of Justice view that the Constitution bars prosecuting sitting presidents.

The Justice Department’s Office of Legal Counsel (OLC), the executive branch’s most authoritative in-house lawyer, has long taken the position that the president cannot be prosecuted or even indicted while still in office. The reason is that any indictment or criminal prosecution would impermissibly undermine the executive branch’s capacity to perform its constitutionally assigned functions.

The Justice Department first reached this conclusion in 1973 during Nixon’s presidency. This does not mean that the president is above the law, but rather that any criminal case must wait until after the president leaves office.

If Trump is Prosecuted After His Presidency, What’s the Crime?

Trump can be indicted after he leaves the presidency, but what would he be charged with?

Under federal law, an individual could not donate more than $2,700 directly to Trump’s primary or general election campaign in 2016. But Trump’s longtime attorney, Michael Cohen, admitted to making an excessive campaign contribution at the “direction” of Trump.

Experts in campaign-finance law were unanimous in concluding that Trump would be in immediate legal jeopardy if he were not president. According to Cohen, Trump conspired to violate the law by directing Cohen to make payments to two women to gain their silence and boost his election prospects. 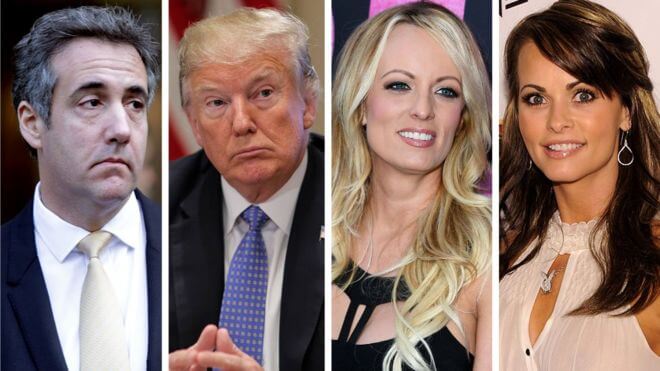 These include Stormy Daniels, who said she had sex with Trump in 2006, and received $130,000 from Cohen days before the election in exchange for her silence. To funnel the money to Daniels, Cohen created Essential Consultants, a limited-liability company, several weeks before the election. Federal law bars direct corporate contributions to federal candidates. After months of denying that he knew of any payment to Daniels, Trump filed a financial disclosure report in May showing he reimbursed Cohen for the Daniels payment.

What do you think? Should sitting presidents be prosecuted for crimes, or is the current policy better?

2 comments on “Fact or Fiction: A Sitting President Cannot Be Criminally Prosecuted While in Office”