The United States is host to more than 100,000 foreign government representatives and their relatives. But only about 20,000 of them have the highest level of diplomatic immunity.

Diplomatic agents, such as high ranking embassy officials and ambassadors, enjoy the highest degree of immunity. The same applies to their family members. The police cannot detain them, arrest them, or search or seize their houses and other property. Diplomats cannot be prosecuted or otherwise forced to appear in criminal court. Nor can they be sued in civil courts, except for their personal (non-official) involvement in certain commercial, real-estate, or inheritance-related matters, or for their separate professional activities.

Consular officers enjoy a lower level of immunity. Unlike diplomatic agents, consular officers can be handcuffed, detained or arrested for felonies. Their properties and vehicles can be entered and searched. Their families are not protected. They enjoy the same criminal and civil protections afforded their diplomatic counterparts if their action is in behalf of their home country’s diplomatic mission. 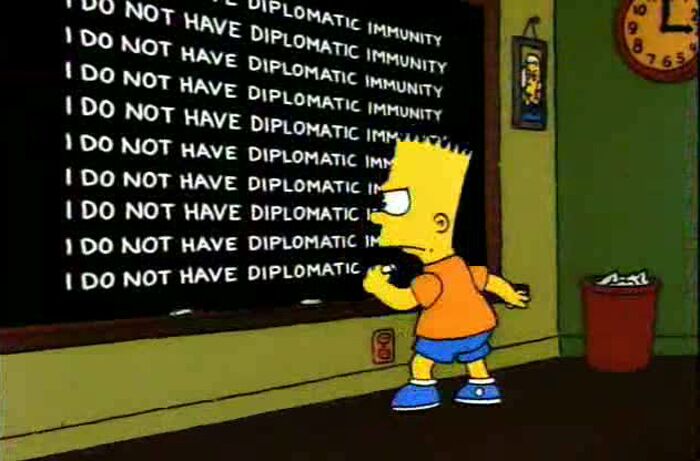 The Saudi royal family is extensive, with thousands of princes and princesses. Very few of them actually have diplomatic immunity. But it doesn’t mean they can’t get away with murder.

One Saudi Arabian prince was arrested in 2015 for allegedly sexually assaulting a woman at the $37 million Beverly Hills mansion, which was revealed after a passerby saw the bleeding victim scaling a wall to escape. Majed Abdulaziz al-Saud was charged with sodomy, battery and false imprisonment before being freed on $300,000 bail. One wonders why any judge would set bail at all for a wealthy Saudi….

Also in Beverly Hills, a prince from nearby Qatar was accused of racing through the streets of in a yellow Ferrari at speeds topping 100 mph. 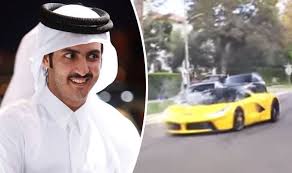 Although both princes claimed diplomatic immunity, neither of them appear to actually have the privilege. But their powerful connections and deep pockets can still help them get away with crime.

Recent cases of well-connected Saudis behaving badly in the U.S. include a 27-year-old who claimed close ties to the House of Saud pled guilty to raping a woman in his Utah apartment, and was sentenced to a year in prison. 30 Saudi students were also charged with bribing staff to change grades at a Montana college in 2012. They were flown home by their country’s diplomats.  Meshael Alayban, one of six wives of a Saudi prince, was charged with human trafficking after a Kenyan woman told authorities she and others were forced to work as maids at subsistence wages. Saudi Consulate posted Alayban’s $5 million bail. The case against her was eventually dropped.

While Saudi Arabia’s justice system is infamous for punishments that include beheadings, public executions and lashings, the Kingdom’s rich and powerful are accustomed to breaking the law with impunity.

Saudi Prince Saud bin Abdulaziz bin Nasir al-Saud (seen below) was freed last year from a London prison after serving just three years of a life sentence for murdering his manservant at a London hotel in a sexually motivated attack. According to the agreement between the U.K. and Saudi Arabia, he must serve at least 20 years in a Saudi prison before he can be released. 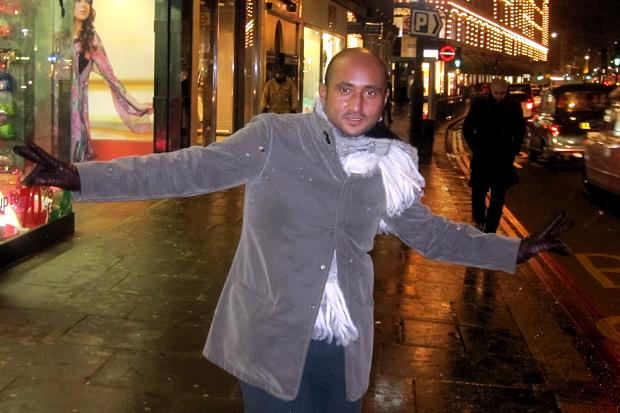 A former mayor of Beverly Hills pointed out that these incidents are anomalies and that the strength of his city’s economy increasingly relies on the largesse of these elite Arab visitors. Middle Easterners, Wagner said, spend the most on Beverly Hills-area hotels among international travelers, and they are second to Chinese visitors in retail spending.

What do you think? Do the spending sprees of wealthy Middle Eastern royalty and their entourages make up for their occasional crimes? Should bail ever be set for individuals who clearly pose a high flight risk and have the financial means to pay millions in bail?