Fact or Fiction: Rap Lyrics Are Admissible Evidence of Guilt in a Murder Case

In a judicial opinion filed in 2019, the State of Maryland’s highest court ruled that rap lyrics may be admitted in court as evidence of a defendant’s guilt.

In the early morning hours of January 16, 2017, a victim was shot and killed by a drug dealer after he attempted to purchase cocaine using a counterfeit $100 bill.

Based on a single witness’s identification, Lawrence Montague was indicted for the murder. Three weeks before trial, Montague used a jailhouse telephone to record a rap verse, which included lyrics that allegedly matched the details of the murder. The rap lyrics also made references to shooting “snitches” and the recording was subsequently uploaded on Instagram.

Listen, I said YSK / I ain’t never scared / I always let it spray /

I’ll give you a dream, a couple shots snitch /

It’s like hockey pucks the way I dish out this /

Like a pickup truck / But you ain’t getting picked up /

You getting picked up by the ambulance /

You going to be dead on the spot /

I’ll be on your ass

At Montague’s trial, the State of Maryland introduced the telephone recording of the lyrics as evidence of Montague’s guilt.

In addition to the witness testimony, the State presented medical evidence about Mr. Forrester’s cause of death, expert testimony that shell casings found near the site of the shooting were fired from a .40-caliber handgun, and video surveillance footage that showed a man in dark clothing running from the scene of the shooting. A witness identified that man at trial as Mr. Montague.

Mr. Montague presented no evidence at trial and was convicted and sentenced to a combined fifty years for second-degree murder and use of a firearm in a crime of violence.

The Court of Appeal rejected that, writing:

“Mr. Montague points this Court to “Look Into My Eyes” by Bone Thugs-N-Harmony and “Guerilla” by Juvenile as representative of “consistent themes of being ‘played’ and enacting vengeance in rap.” Moreover, Mr. Montague asks this Court to consider his rap lyrics within “the context of the genre they inhabit . . . .” While we agree that Mr. Montague’s rap lyrics include violent verses—some of which mirror details of Mr. Forrester’s murder—we reject the notion that rap is a genre of music that is typified by exclusively violent themes or lyrics.”

A critic of law enforcement and prosecutors using rap lyrics in criminal trials, professor Andrea Dennis, said, “rap is the only fictional art form treated this way.” “No other musical genre and no other art is used in the same way or to the same extent.” 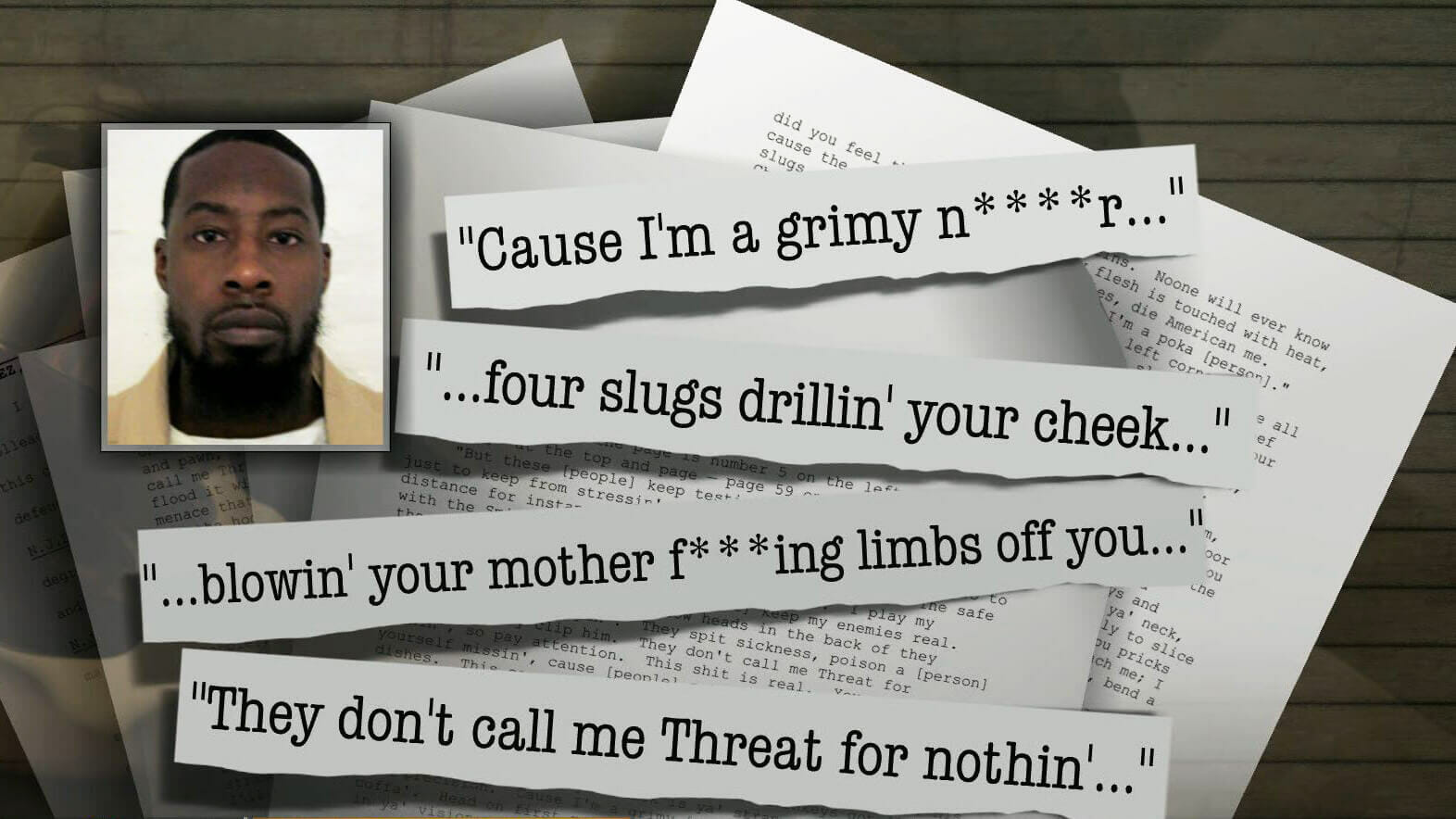 Other courts have rejected the use of rap lyrics. The Supreme Court of New Jersey ruled that rap lyrics can’t be used as evidence unless they include “a strong nexus” to the crime in question. That opinion stated:

“One would not presume that Bob Marley, who wrote the well-known song ‘I Shot the Sheriff,’ actually shot a sheriff, or that Edgar Allan Poe buried a man beneath his floorboards, as depicted in his short story ‘The Tell-Tale Heart,’ simply because of their respective artistic endeavors on those subjects.

What do you think? Were Mr. Montague’s rap lyrics specific enough to provide a nexus to the crime? Are rap lyrics more prejudicial than probative as evidence, especially if the suspects are black?