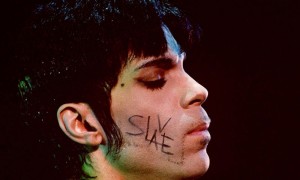 Prince signed with Warner Bros records in 1977 and together they released the biggest albums of his career, including Purple Rain, Sign O The Times and the soundtrack to Tim Burton’s 1989 Batman movie. But by the early 1990s, Prince didn’t want to be told what to do any more. He wanted to release more music, more often, and he wanted to own the original master tapes for his hit albums.

Warner Bros disagreed, so in 1993 Prince began appearing with the word “Slave” written on the side of his face. He changed his name to that of a symbol and was referred to, variously, as “Symbol”, “Squiggle” or “the Artist Formerly Known as Prince”. The Artist Formerly Known as Prince parted ways with Warners Bros and he spent the ensuing years releasing music under various labels, including his own.

But in 2014, in a deal that shocked the music industry, Prince resigned with “slave” label Warner Bros Records. Though the deal Prince regained ownership of his catalog. As 2013 loomed, record label executives and artists managers said that they were unsure how copyright terminations and ownership reversions would play out. Some believed that artists would soon have the ability to get them back under the Copyright Revision Act of 1976, which states that any master recording copyright can be terminated 35 years after it was granted. By making up with Warner Bros, Prince apparently chose to avoid a risky and costly legal battle and regained ownership of his catalog.

Prince v. Everyone Who Used His Music Without Permission

In 2007, Prince announced he would try to “reclaim his art on the internet”  by taking action against YouTube, eBay and the Pirate Bay for unauthorized used of his music. Back in 2007, Prince was taking a particularly close interest in the use of his music online. “He’s really intense about this stuff,” said a source at the time. Every day, an employee of Universal Music would manually look for YouTube clips that featured Prince’s tunes and make sure that takedown notices were issued.

So protective was Prince of online use of his music, in fact, that he directed his record label to issue “take down” notices under the Digital Millennium Copyright Act against little-viewed videos, such as Stephanie’s Lenz’s 30-second YouTube video (see below) of her baby walking with Prince music playing in the background.

Lenz’s video was reinstated on YouTube after the music was found to be “fair use.” But Prince’s music label, Universal, chose to fight for its right to “remove all user-generated content involving Prince as a matter of principle”.

In September 2015 the Court of Appeals for the Ninth Circuit ruled in favor of Lenz, reaffirming that copyright holders “must consider fair use before issuing takedown notices” – i.e. they can’t simply order the blanket removal of clips without regard for context. Ultimately, Prince’s intense dislike for unauthorized online use of his music led to a big win for ordinary people like Stephanie Lenz.

In 2014, Prince had also sued 22 Facebook users for linking to bootlegs of his recordings. A few days after filing, amid a big public backlash, the lawsuit was withdrawn.

The biggest legal battle involving Prince may still come, as it’s still unclear whether he left a will. Prince was unmarried and has no living children, grandchildren, or parents. He had one surviving sister with whom he had a strained relationship. Prince may also have left money to the Jehovah’s Witness Church, of which Prince has been a member since 2001. One would think that Prince, who was fiercely protective of his music, would have made plans for the control of his music catalog and thousands of unreleased songs rumored to exist.

What do you think should happen to Prince’s unreleased music?