Presidential Debates: Who Makes the Rules?

The Commission on Presidential Debates Makes the Rules

The Commission on Presidential Debates (the “CPD”) is a private, nonpartisan, non-profit organization that has sponsored general election presidential debates in every election since 1988. The CPD organizes general election debates every four years between and among the leading candidates for the offices of President and Vice President of the United States. The CPD is not controlled by any political party or outside organization and it does not endorse, support or oppose political candidates or parties. 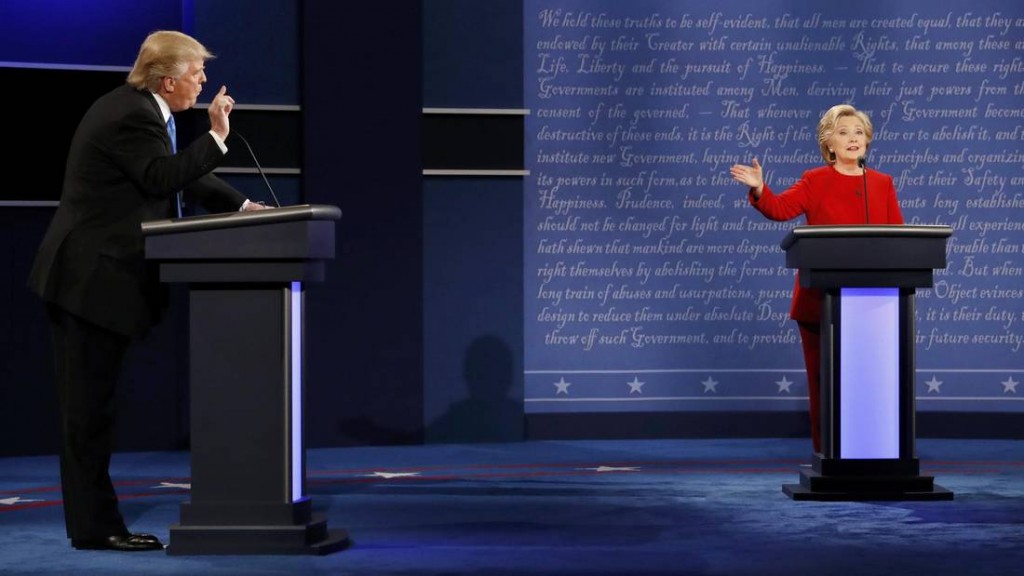 How is the CPD Funded?

The CPD receives no funding from the government or any political party, political action committee or candidate. The CPD obtains the funds from the communities that host the debates and, to a lesser extent, from corporate, foundation and private donors. But donors have no input into CPD management, activities, or into the process by which the CPD selects debate participants.

No. Debates among major party primary candidates are primarily controlled and organized by the political parties. For example, under Republican National Committee rules, any candidate who participates in a debate that is unsanctioned by the RNC’s committee will be barred from appearing in any of the authorized debates (pdf link).

Are the Major Party Nominees for President Required to Attend the CPD’s Debates?

No! Candidates for federal office are not legally required to debate.

How Does the CPD Select Debate Participants?

Believe it or not, the major party nominees do not receive automatic invitations. Rather, the CPD uses “Non-Partisan Candidate Selection Criteria” to choose the candidates that are invited to debates. Under the 2016 Criteria, in addition to being Constitutionally eligible, candidates must appear on a sufficient number of state ballots to have a mathematical chance of winning a majority vote in the Electoral College, and have a level of support of at least 15 percent of the national electorate as determined by five selected national public opinion polling organizations, using the average of those organizations’ most recently publicly-reported results at the time of the determination. 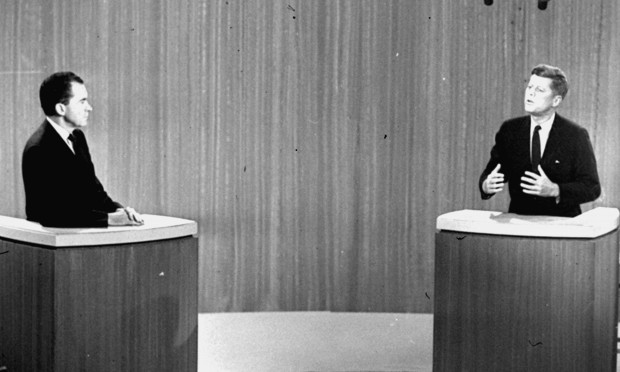 How Are Presidential Debate Moderators Chosen?

The CPD uses three criteria to select its moderators: a) familiarity with the candidates and the major issues of the presidential campaign; b) extensive experience in live television broadcast news; and c) an understanding that the debate should focus maximum time and attention on the candidates and their views. The campaigns have NO role in moderator selection.

Who Chooses the Presidential Debate Topics and Questions?

The moderators alone select the questions to be asked, which are not known to the CPD or to the candidates. Moderators do not meet with the campaigns, either.

How are Dates for the Presidential Debates Chosen?

The CPD chooses the dates. This year, Donald Trump criticized the scheduling of two debates that overlapped with NFL games. These are the dates, moderators, and sites for the 2016 Presidential and Vice-Presidential Debates:

The upcoming October 9 debate is one to watch, as it comes on the heels of a shocking video in which Trump brags casually about sexually assaulting women.

Can You Get Tickets to the Presidential Debates?

Most CPD presidential debates are held at colleges and universities. Tickets are sometimes available, usually by lottery, to current students at the hosting educational institutions, such as Hofstra University. However, tickets are not available to the general public for certain debates, such as the October 19, 2016, debate in Las Vegas.

Do the televised presidential debates have a significant impact on your vote? Should there be more or fewer debates?