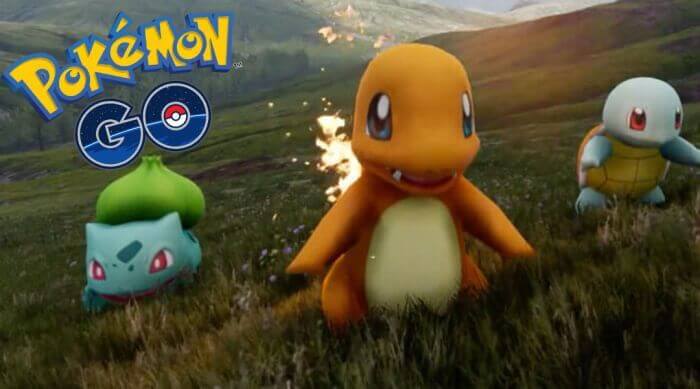 A new app game, Pokémon Go, was released on July 6 in the U.S., and is already causing chaos amid the fun:

A 19-year-old wandering Pokémon hunter in Wyoming discovered a dead body floating in the Big Wind River while on a quest. Pokémon Go players recently found another dead body in a park in New Hampshire.

A driver reportedly struck a tree with his car while playing Pokémon Go in upstate New York.

Two men apparently playing the game had to be rescued after falling off a 90-foot ocean bluff in San Diego, California.

Three teenagers were stopped at a nuclear power Plant in Ohio when they trespassed on the site in pursuit of Pokemon characters.

Armed robberies of Pokémon Go players, lured using the game, have been reported in Maryland and on Long Island.

Heres’s a video of a frenzied crowd at a park in Washington state hunting a rare Pokémon.

When you get pulled over but you gotta catch em all #pokemongo pic.twitter.com/ZVosCaaYep

What Is Pokémon Go?

The geo-cached iPhone and Android app uses your smartphone’s location to track where you are and leads you on a reality game treasure hunt in which you have to physically move to find and capture Pokémon monsters.

The app gives you hints to send you to Pokéstops where monsters can be found. The characters you capture can then be used in various Pokémon “Gyms” which serve as a battleground for you and your monsters to fight other players. If you want to get started playing, here’s a handy beginner’s guide.

As players race around looking for Pokéstops or Pokémons, they may also find themselves in situations raising issues of legal liability, criminal law, and violations of other statutes.

First, the game’s terms of service disclaim liability for property damage, personal injury or death while playing the game, as well as claims based on violation of any other applicable law. The game also requires arbitration of disputes. Players must also agree to fine print saying they cannot enter private property without permission. But who reads the fine print these days? Should the game contain more warnings?

More Pokémons appear in urban areas and near tourist hotspots, rather than less populated areas. But the game randomly generates the locations where they appear, including sometimes on or very close to private property. Can private property owners be liable for injury to players if the owners fail to post clear warning signs?

Despite the disclaimers, should the game be liable for placing the characters on private property or in dangerous locations? Or should the burden be only on the players?

The game can cause players to compete for the use of the same physical spaces, disrupting the ability of others to enjoy the space. In Sydney, Australia, angry residents threw real life “waterbombs” at the 300+ noisy players who gathered nearby.

Could government limit the players in a public space? Many public parks have closing times, which are often ignored by players.

What do you think? Are these early accidents and skirmishes just part of the learning curve? Or should the game maker introduce more warning messages into the game?