Is My Lawsuit Frivolous? 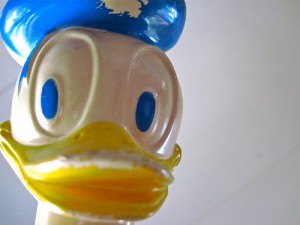 A frivolous lawsuit is a claim, suit, motion, or appeal that lacks a legal basis or a basis on the merits. Many times, frivolous lawsuits are used by attorneys to delay an outcome, harass or embarrass the opposing party. Typically, courts find that a claim or defense is frivolous when it conflicts with a judicially noticeable fact or is logically impossible.

The Supreme Court has weighed in on defining a frivolous lawsuit as well. In Denton v. Hernandez, the Court said that a frivolous claim is one that is meritless or irrational. The Court warned, however, that judges should be conservative when punishing lawyers for frivolous claims, as it may have a chilling effect on creative lawyering and new ways to solve legal issues. The Court held that some allegations may be “strange but true,” and hence, dismissals for frivolous litigation should be used moderately.

Frivolous Lawsuits Under the Rules

Rule 11 in the Federal Rules of Civil Procedure mandates that all attorneys perform due diligence concerning the facts behind any claim or defense they make. Before November of last year, if a claim was frivolous, the judge had the power under Rule 11 to impose discretionary sanctions. Any order imposing sanctions would have to describe the sanctioned conduct and explain the reason for the sanction. Rule 11 also used to have a ‘safe harbor’ clause that allowed a lawyer whose claim has been disputed as frivolous to withdraw the claim or filing without any penalty.

Very recently, however, this rule changed. The Law Abuse Reduction Act was passed late last year, and now imposes mandatory sanctions by judges. It also removes the safe-harbor provision that allowed lawyers to withdraw frivolous claims. Congress passed the law because of what they saw as an increase in frivolous lawsuits being filed. These frivolous lawsuits, they argued, wasted the court’s time in an era when the entire U.S. judicial system is overloaded and backlogged. The American Bar Association disagreed with the new law and attempted to weigh in before its passage, however, Congress pressed on despite protests from the larger legal community.

What the New Rule 11 Means For Your Lawsuit

Nearly the same rules that were created by the Law Abuse Reduction Act existed in Rule 11 before 1993. The American Bar Association and others, however, found that the eagerness of attorneys to try new factual or legal theories had been chilled by the mandatory sanctions. In other words, the rule made lawyers – particularly plaintiff’s attorneys – much more cautious when taking a case. Often, the rule was used by opposing attorneys to sidetrack the court and take away from merits of the other side’s arguments.

Whether or not this will happen again is yet to be seen. While determining if a claim is frivolous depends highly on the facts and circumstances of the case, your attorney will help you work through the facts to make a determination. For some attorneys, defining what a frivolous case is may be difficult, but they will ‘know it when they see it’. Take this case, for example. Seem frivolous to you? We thought so.