Killer Clown Craze Sweeping the World: Are They Actually Breaking the Law? 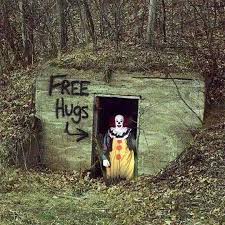 The killer clown craze began in America in the late summer of 2016. But clowns have been terrifying Americans since Stephen King’s It introduced us to a demonic being which appears in the form of a clown in order to lure its preferred prey of young children.

The clown craze has even spread to other countries, including Canada and Australia. Police across England have also been called to dozens of incidents in which pranksters dress as “creepy clowns” to deliberately scare people, including an incident in which children were followed to school by a clown armed with a plastic machete.

Professional clowns have condemned the craze, “saying it threatens their livelihoods and their own safety, and risks permanently damaging the reputation of the art form.”

Are Killer Clowns Breaking Laws Even if They’re Not Physically Attacking People?

A man in Kentucky was arrested for dressing up as a clown and hiding in the woods. The charges? Causing “public alarm” and “disorderly conduct.”

In the Cincinnati area police charged a 15-year-old boy with making terroristic threats, a felony, after he allegedly used a clown persona on social media to threaten death to Fairborn High School students.

In Middlesboro, Kentucky, a 20-year-old man was arrested for wearing a clown costume while hiding in a ditch. His crime? Disorderly conduct and wearing a mask in a public place. Police in Middlesboro posted on Facebook: “While dressing up is not, in and of itself against the law, doing so in public and thereby creating an unnecessary sense of alarm is illegal.” “Approaching people in a threatening manner and threatening people is illegal. If you create such a situation that violates the law you will be charged and arrested.”

Some state laws ban anyone over the age of 16 from wearing a mask or hood with the intent of intimidation or harassment. For example, Florida statute 876.155 provides that it is illegal for a person wearing the mask, hood, or other device to “intimidate, threaten, abuse, or harass any other person.” 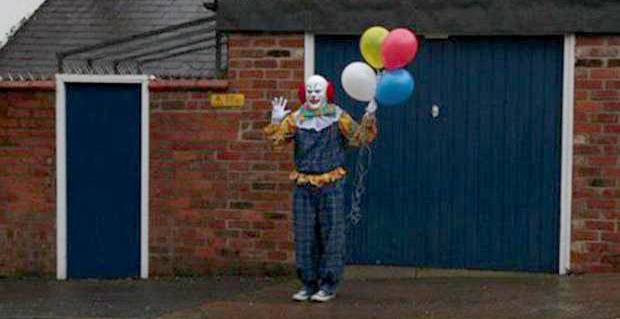 In New York, a law that’s been on the books since 1845 could become the police’s newest weapon against the rising clown craze. New York Penal Law 240.35 section 4, more commonly known as the “mask law“, was enacted in 1845 after farmers dressed as Native Americans and attacked police.

Lieutenant Sheriff Ben Harting explained: “One person wearing clown shoes and a mask running around in a neighborhood, that in itself is not a crime,” Harting said, “But if you have a group of them loitering in an area or unsanctioned event and law enforcement has not been notified, potentially they could be charged with a crime.”

Until recently, California appeared to be free of killer clowns. But there have been recent sightings in Lancaster and Modesto. California does not have a “mask law,” but only prohibits the wearing of a mask or disguise to evade the police. Cal. Penal Code Section 185.

Officials are also rightly concerned with the terrified people who may have a conceal-carry permit for a gun, or for vigilantes actively seeking to end the clown problem on their own. In England, a man dressed as batman has vowed to protect citizens from the killer clowns.

What’s to Blame for the Killer Clown Phenomenon?

Serial killer John Wayne Gacy, who was captured in 1979, had an alter ego Pogo the Clown who frequented children’s parties. Then the Poltergeist movie came out in 1982, in which a sinister clown doll lives underneath the bed. Stephen King dramatically increased the public’s fear of clowns with his 1987 novel It, featuring Pennywise the clown, which was made into a horrifying, classic film in 1990.

What do you think? Should police arrest the pranking killer clowns just for dressing up and looking scary, or should they be arrested only if they intimidate or threaten others?