Could Hillary Clinton Really Be Indicted Over A Bunch of Emails?

What Is Clinton Being Investigated Over Anyway?

Unless you live under a rock, you’ve probably heard that the FBI has been investigating Hillary Clinton and her aides for possibly mishandling classified information on her private server while she served as Secretary of State from 2009 to 2013. It was also reported that Clinton was denied the use of a secure smartphone by the National Security Agency, which could have prompted her to set up her private email server so she could use her beloved Blackberry on the go.

How did the whole email question come to light? During the the investigation into the September 11, 2012 Benghazi attacks, New York Times reporter Michael Schmidt learned Clinton had used a personal email account while secretary of state. It turned out she had also been using a private server, located at her house in New York.

Later, Clinton and her staff decided which emails to turn over to the State Department as public records and which to withhold; they say they then destroyed the ones they had designated as personal. Clinton has characterized the investigation as a security review, rather than a criminal probe. Over 55,00 emails have been released, and most of them were boring. 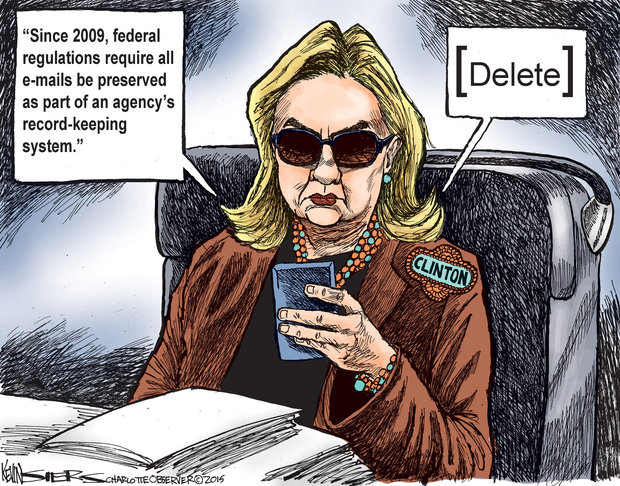 Using a private email system was not banned at the time, and others in government had used personal email to transact official business. But investigators want to know whether she or her aides mishandled classified material in email systems that fell outside of the department’s secure classified system or whether the private server could have been hacked.

Recently, the State Department announced that it would not release 22 emails from Clinton because they contained “top secret” information. The State Department said the documents were not marked classified at the time they were sent, but were subsequently upgraded at the request of the Intelligence Community.

Hillary Clinton’s team has put out a fact sheet that lays out their position. According to Clinton, her private server was never breached and was located in her family’s residence, which had Secret Service protection. However, experts have pointed out that some hackers are so good that they wouldn’t leave a trace.

Where Is the Investigation Now?

In early March, Clinton said in an interview that “we’re getting closer and closer to wrapping this up.” Many are waiting with bated breath to see whether Clinton’s optimism will pan out. The FBI and federal prosecutors are now setting up interviews with Cilnton’s closest aides and, it’s rumored, with Clinton herself. Investigators “will then spend time aligning these statements with other information, emails, classified documents, etc., to determine whether there is a prosecutable case.” The meetings also are an indication that much of the investigators’ background work is nearing completion.

Who Actually Decides Whether to Indict and Prosecute?

The FBI is investigating, but it can only make a recommendation to Attorney General Loretta Lynch as to the crimes, if any, that may have been committed.

Interestingly, current FBI Director James Comey also investigated the Clintons during the Whitewater scandal. In 1996, Comey had concluded that Hillary Clinton was personally involved in mishandling documents and had ordered others to block investigators as they pursued their case, although the Senate committee he worked for found no criminal wrongdoing. 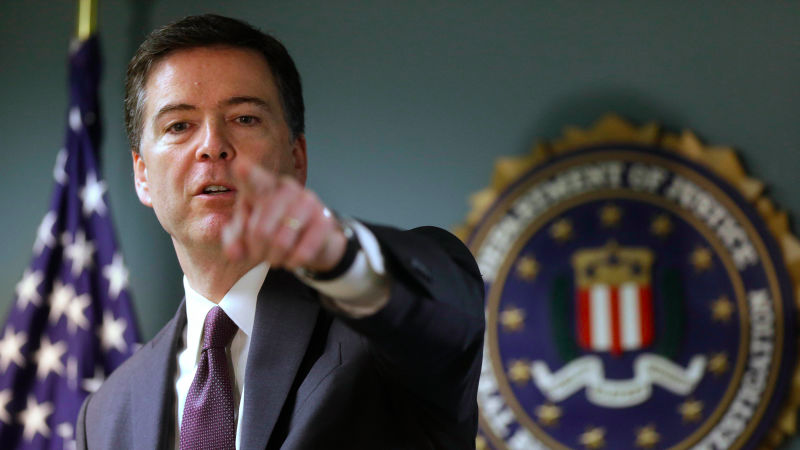 While many legal experts say Clinton faces little risk of being prosecuted for using the private email system to conduct official business when she served as secretary of State, it has certainly raised questions about her judgment.

As this Washington Post article points out, however, even if Clinton is not indicted, it will raise legitimate suspicions about whether an indictment was politically quashed to protect the leading Democratic candidate for President.

Can Someone Under Indictment Still Run for President??

Legally, sure! Article II, Section 1 of the U.S. Constitution contains the only restrictions on eligibility to be President. And it states:

Even a convicted felon could run for President. In the 2004 Presidential race, Leonard Peltier ran for the Peace and Freedom Party even though he was convicted and incarcerated for life for first degree murder in the shooting of two FBI agents during a 1975 conflict on the Pine Ridge Indian Reservation.

At the Democratic debate in October, Bernie Sanders memorably bellowed, “The American people are sick and tired of hearing about your damn emails”. But are they? What do you think? Even if Clinton is not indicted, does the email controversy affect your view of her candidacy? Or is a mountain being made out of a molehill?

2 comments on “Could Hillary Clinton Really Be Indicted Over A Bunch of Emails?”