After All These Years, Can Harvey Weinstein Still Be Prosecuted for Sexual Assault?

One of the most powerful producers in Hollywood history has now been accused by more than 60 women of sexual harassment or assault. Six women have accused him of rape.

Perhaps one of the better known of these accusers is Rose McGowan, known for dating scary rocker Marilyn Manson and roles in films like Scream and TV show Charmed. In a tweet directed to Amazon’s Jeff Bezos, McGowan stated that she told Amazon’s studio head that Weinstein raped her. She has not publicly detailed her version of events, nor is it clear if she reported the incident to police. However, in 1997 she reached a $100,000 settlement with Weinstein “after an episode in a hotel room during the Sundance Film Festival.”

1) @jeffbezos I told the head of your studio that HW raped me. Over & over I said it. He said it hadn’t been proven. I said I was the proof.

In The New Yorker’s bombshell report of sexual assault allegations against Weinstein, actress Lucia Stoller said the producer forced her to perform oral sex on him in his NYC office in 2004 — a felony punishable by five to 25 years in prison if Weinstein is convicted. But can he still be indicted?

First, the state where a person is attacked determines how long a prosecutor has to press charges. In 2006 New York removed its statute of limitations for criminal sexual assault, so the NYPD could very well indict Weinstein for alleged acts in that state. Before that, unless charges of rape were brought within five years, there could be no prosecution.

However, “It is very unlikely that a prosecutor would go forward on a case that’s 13, 14 years old,” said Manny Medrano, a Los Angeles-based criminal defense lawyer and former federal prosecutor. The problems with old cases include lack of any DNA. The prosecution is also going to have to explain why the accuser took so long to reveal these accusations.

In fact, in March 2015 an Italian-Filipina actress, Ambra Battilana Gutierrez, secured an audio recording of Weinstein admitting groping her. But prosecutors in New York still decided not to proceed with the case. A successful criminal prosecution of Weinstein is far from a slam dunk, despite the large number of women coming out of the woodwork to now accuse him.

Take the example of Bill Cosby, who was accused of sexual misconduct by 58 women. Despite that, only one other woman besides his accuser Andrea Constand was allowed to testify in Cosby’s trial, and that resulted in a hung jury in June. So don’t be surprised if the only place you see an ultra powerful Hollywood producer prosecuted for these crimes is a future episode of Law and Order: Special Victims Unit. 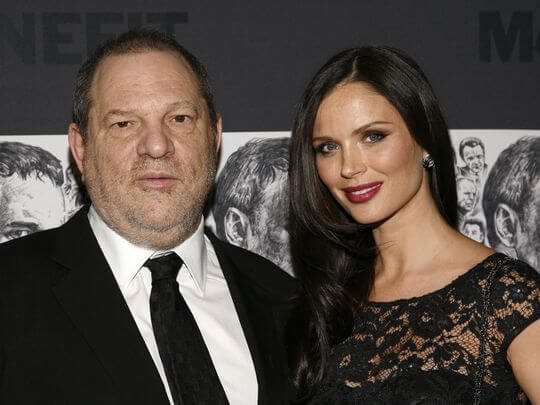 On the other hand, civil suits could be a lot more successful and financially painful for Weinstein and his company. Weinstein could even be sued by other shareholders of The Weinstein Co.

What do you think? Should there be statutes of limitation for felony sex offenses like rape? Should taxpayer funds go toward a potentially very difficult and expensive prosecution of Weinstein? Or should his accusers bring their own civil suits?