Colorado baker Jack Phillips welcomes and serves everyone, of all sexual orientations, selling them coffee and off-the-shelf baked goods. In the past he has declined requests for Halloween, Satanic, and divorce cakes, and he has even refused to create cakes with anti-gay messages. 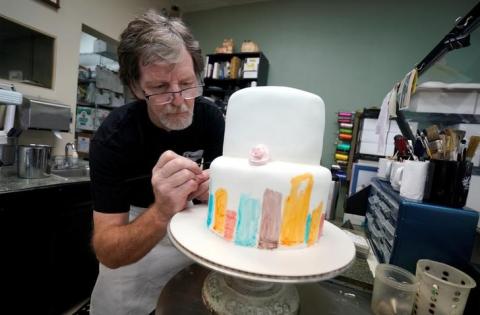 However, he does not design custom wedding cakes for gay couples due to his religious beliefs. When he told this to a same-sex couple in Colorado, Charlie Craig and Dave Mullins, they filed a complaint with the Colorado civil-rights commission.

The commission ordered Jack and his staff to either violate Jack’s faith by designing custom wedding cakes that celebrate same-sex marriages or stop designing all wedding cakes, which was approximately 40% of Jack’s business.

In addition, Jack and his staff were ordered to go through a “re-education” program and file quarterly “compliance” reports telling the government every time that Jack declines a custom cake request and explaining the reasons why. 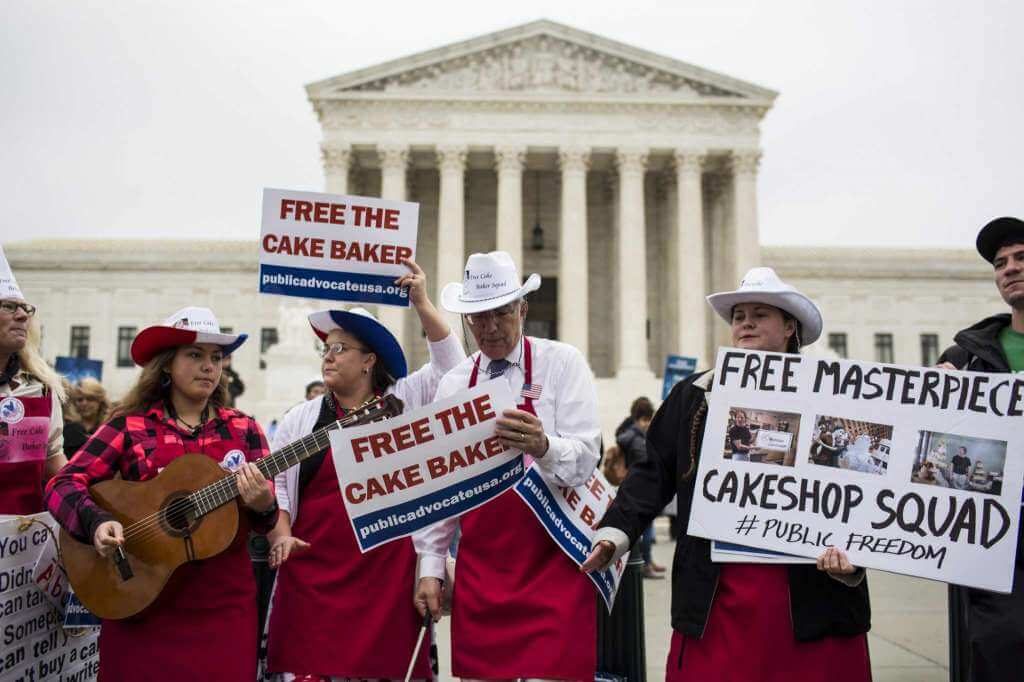 Twenty-one states, including Colorado, have laws that bar discrimination based on sexual orientation, in addition to barring discrimination based on race, religion and gender. In Michigan, a farmer was banned from selling his fruit at a local market because he declined to host same-sex weddings. In Illinois, families are prevented from fostering children if they won’t affirm transgenderism.

But the U.S. Supreme Court just ruled in favor of Jack Phillips. But the 7-to-2 decision was on the narrowest of grounds. The opinion, written by Justice Anthony Kennedy, rested largely on the majority’s conclusion that the Colorado administrative agency that ruled against Phillips treated him unfairly by being too hostile to his sincere religious beliefs.

In particular, one of the commissioners at the public hearing disparaged Phillips’ faith as “despicable” and compared Phillips’ invocation of his beliefs to defenses of slavery and the Holocaust…. The Colorado civil-rights commission had also previously allowed three different bakers to refuse to put an anti-gay message on a cake!

Also, Colorado law at the time gave storekeepers some latitude to decline creating specific messages they considered offensive. And Colorado itself did not recognize same-sex marriages at the time!

Phillips also made a free speech claim, arguing that cake decorating is expressive and protected from government restriction under the First Amendment. Only Justice Clarence Thomas wrote about the free speech aspect, stating that Phillips’ creation of custom wedding cakes is exactly the kind of “expressive” conduct protected by the First Amendment. The case does not resolve whether business owners have a free speech right to refuse to sell goods and services to same-sex couples.

The ruling does not set the precedent that all photographers, florists, or even bakers can refuse to provide service for same sex couple weddings.

What do you think?

Do African-American bakers have the right to refuse to create cakes expressing the racist messages?

Does a Muslim baker have the right to refuse to create a cake depicting Muhammed negatively?

Should a Catholic baker be forced to create a cake depicting a mocking, crude image of Jesus or his Holy Mother?