France has also been in an official “state of emergency” for over a year now. And, since the January 2015 attacks on satirical magazine Charlie Hebdo and a kosher supermarket in Paris, the French government passed broad legislation that allows security forces to conduct greater surveillance French citizens. Then, in November of 2015, terrorists killed 130 people in Paris. After the recent July 14th Bastille Day murders of at least 84 people in Nice, the government extended the state of emergency. Just this week, a French priest in Normandy, a rural area in Northern France, was murdered by two Islamist attackers. It seems like a nightmare without end designed to bring the whole country to its knees.

Here’s a fuller timeline of attacks in France. 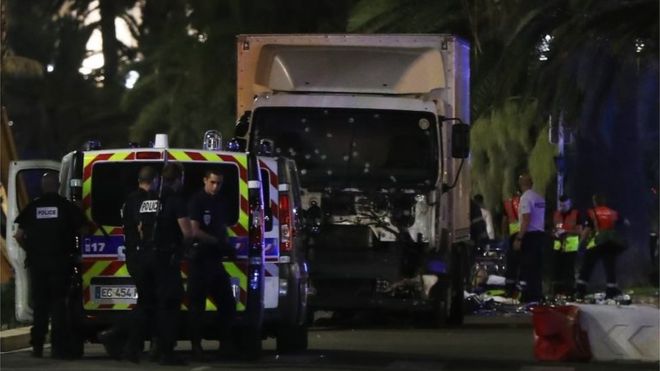 What Powers Does the French Government Have During Its State of Emergency?

During the state of emergency, the French Minister of the Interior can:

According to the French Prime Minister, “The last intelligence law was done in 1991, when there were neither cellphones nor Internet.” Authorities had struggled to track estimated 1,700 French citizens who traveled to and from battlefields in Iraq and Syria. In May 2015 the French Parliament passed a new electronic surveillance law in response to terror attacks.

Under the new surveillance law, any requests to begin surveillance would have to go through a newly created 13-member commission. However, if the commission recommended against setting up the monitoring, it could be overridden by the prime minister. The only judicial oversight is a provision that allows the commission to lodge a complaint with the Council of State.

It allows the government to monitor phone calls and emails of people suspected of connections to terrorism without the authorization of a judge. Both French citizens and foreigners could be tapped.

The law requires Internet service providers to install “black boxes” that are designed to collect and analyze metadata on Web-browsing and general Internet use habits of millions of people. Notably, such black boxes are required by Russia, as well.

In exceptional cases, the law allows the government to deploy what are called “ISMI catchers,” designed to impersonate cell towers, to track all mobile phone communications in a given area.

The law also allows government agents to break into the homes of suspected terrorists to plant bugs and surveillance cameras and installing keyloggers on their computers, devices that capture data on every keystroke and mouse click.

Recordings can be kept for a month, and metadata for five years. While most French people support the state of emergency, some have criticized the measures as unnecessary and overreaching. 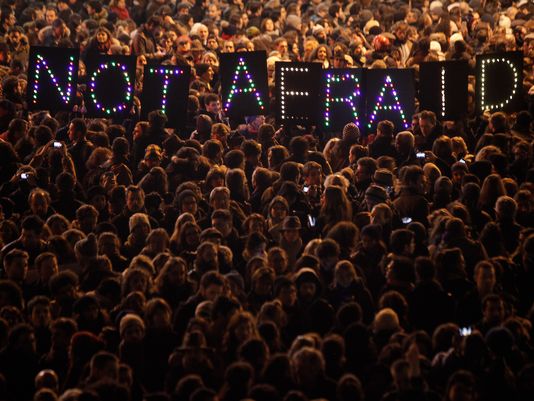 Lone wolf attackers present a special problem, even in an era of increased surveillance. Intelligence agencies are more accustomed to finding and spying on the communications between larger organizations and their cells. Patrick Skinner, who served as a CIA case officer in the Middle East, says, “We had org charts,” he says. “We literally had org charts that said, ‘Hey, here’s the number three in al-Qaida. Well, there is no org chart for everybody on the Internet.” Yet, Israel is hoping that new software will help to find and track even lone wolf terrorists.

Bruce Riedel, a former CIA counter-terrorism official, says the almost-daily attacks are part of a calculated, long-term strategy to create the impression of a world in chaos, “and a world that’s ripe for their argument that jihad is the solution to the problems of the Muslim world.” Through social media, Islamic State and other extremist groups are recruiting enough people around the clock to be able to stage almost daily attacks around the planet.

Another reason is the weakening of France’s human intelligence units, which were formerly on the forefront of fighting homegrown terrorism. This involved relying more on human contacts, local intelligence and human resources and less on automated phone tapping and surveillance. However, these human networks take years to build and it’s not clear if, or when, the French will be able to rebuild its human intelligence networks.