Why the Feds Seized Ancient Tablets Purchased by Hobby Lobby

The tablet, which bears a portion of the epic of Gilgamesh, a Sumerian poem considered one of the world’s oldest works, originated in the area of modern-day Iraq and was illegally transported to the U.S. and subsequently sold several times with a false provenance letter before being sold to Hobby Lobby.

The tablet is written in cuneiform. Cuneiform is a system of writing on clay tablets from ancient Mesopotamia. The tablet features script in the extinct Akkadian language, is one of 12 that were first found by scholars in 1853.

U.S. prosecutors said the 5-by-6-inch tablet is considered the property of the Iraqi government and should be returned. Hobby Lobby cooperated with the investigation.

Hobby Lobby has now sued Christie’s alleging that the auction house knowingly sold it the 3,500-year-old “Epic of Gilgamesh” tablet without the proper provenance and seeking to recover the $1,674,000 it paid for the tablet.

Why the Government Prosecutes the Theft of Ancient Goods and Art

One reason the U.S. government has an interest in stopping the illegal smuggling and trade in ancient artifacts is because terror groups like ISIS have made some untold millions—or billions—by selling ancient goods from Iraq, where the pillaging of antiquities has been rampant. 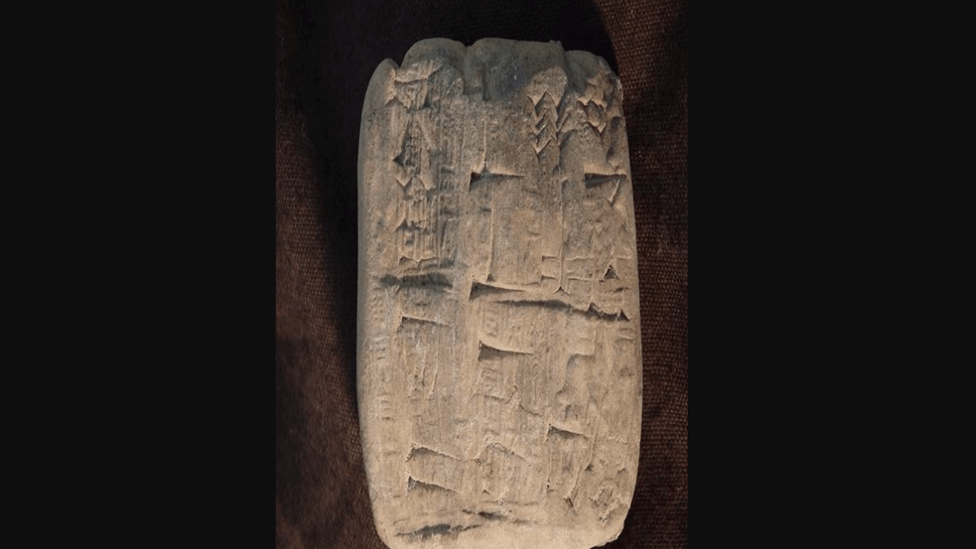 In 2010 and 2011 Hobby Lobby purchased thousands of ancient artifacts smuggled out of modern-day Iraq.  The U.S. government filed a civil-forfeiture action in which the named defendants were the objects themselves: The United States of America v. Approximately Four Hundred Fifty (450) Ancient Cuneiform Tablets; and Approximately Three Thousand (3,000) Ancient-Clay Bullae. In 2017 the American craft-supply mega-chain agreed to pay $3 million and hand over the illicit artifacts to the U.S. government.

What do you think? Should ancient artifacts always be returned to the country where they originate?