Fact or Fiction: The European Court of Human Rights Upheld a Woman’s Conviction for Insulting the Prophet Muhammed

The European Court of Human Rights, Europe’s highest human rights court, just upheld a 2011 verdict by an Austrian court that fined an unnamed woman who gave seminars in which she described the marriage between the Prophet Muhammed and a six-year-old named Aisha as “pedophilia”. 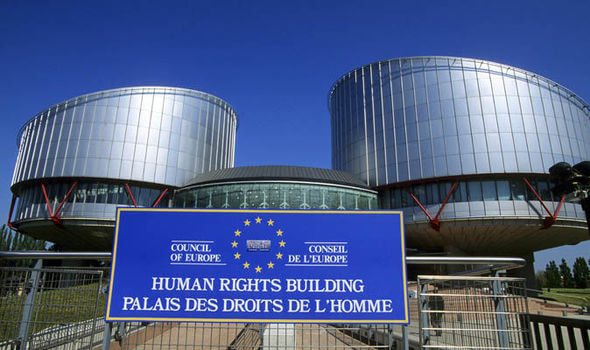 It is reported that during the seminars the woman said, “Muhammad liked to do it with children.” “A 56-year-old and a 6-year-old? . . . What do we call it, if it is not pedophilia?”

The majority of traditional hadith sources state that Aisha was married to Muhammad at the age of six or seven, but she stayed in her parents’ home until the age of nine, or ten, when the marriage was consummated with Muhammad, then 53.

Austria is among several European countries that have so called blasphemy laws in their penal code. In 2005 the Austrian caricaturist Gerhard Haderer was sentenced to six months in prison by a Greek court for depicting Jesus as smoking marijuana and surfing over the Sea of Galilee.

Some other European countries that enforce laws against “blasphemy”, “insult” or “offence” to religion and related restrictions on free expression include: 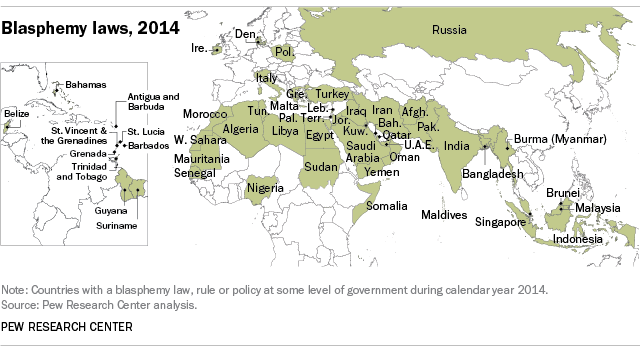 The Austrian woman appealed the verdict to the European Court of Human Rights, a supranational court that hears human rights appeals from citizens of 47 European countries.

The European Court of Human Rights rejected her appeal after finding that the Austrian courts “carefully balanced her right to freedom of expression with the right of others to have their religious feelings protected, and served the legitimate aim of preserving religious peace in Austria.” The woman will have to pay her fine of €480 ($612) and her costs of trial.

In 2014 and 20017, the European Court of Human Rights also upheld bans of burqas by France and Belgium and other Islamic garments that fully cover women’s faces. In 2017, it also endorsed a decision by Swiss authorities that Muslim schoolgirls had to take compulsory swimming classes.

What do you think? Should there be blasphemy laws anywhere?