Pigs & Poultry on Airplanes: the Law of Emotional Support Animals

Last October, an emotional support duck named Daniel made an appearance on a flight. Daniel wore red booties and a diaper and quacked gently.

My seatmate, CLT➡️AVL, is this handsome duck named Daniel. His gentle quacking eases the sadness of leaving #SFA16. pic.twitter.com/iDKWCceAFi

In 2014 an emotional support pig was kicked off a U.S. Airways flight for being disruptive. The big pig stank up the cabin of the aircraft, defecated in the aisle, and howled. Someone even brought an unattractive turkey on a Delta flight. 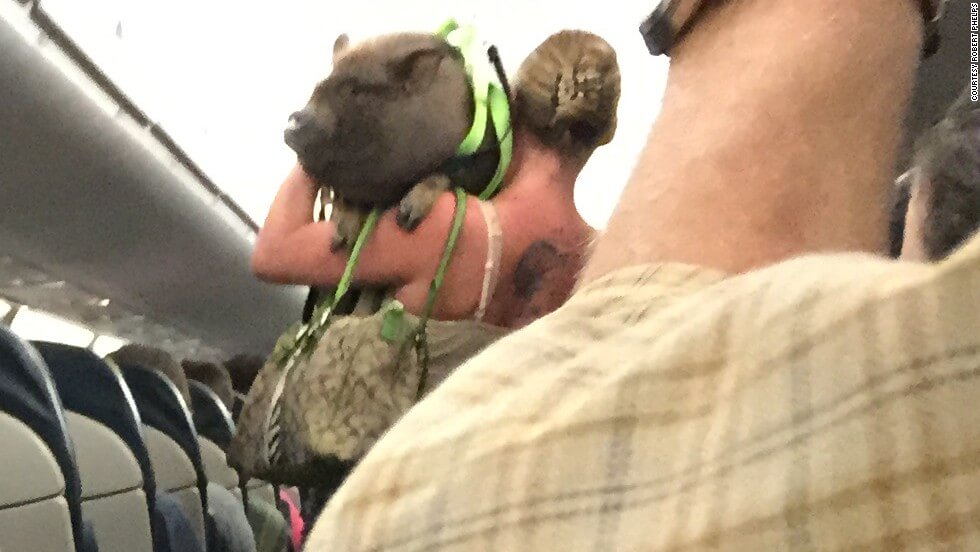 Both the Fair Housing Act and the Air Carrier Access Act allow for modification of “no pets” policies. Under these laws, a person may fly with their emotional support animal or qualify for no-pet housing without being charged an extra fee. However, according to most airline guidelines, the animals may not occupy seats that are designed for passengers. So if your emotional support animal can’t share your seat or block the aisle, you may need to purchase a seat ticket for it.

Can Any Animal Be Certified as an Emotional Support Animal?

This all raises the question whether ANY animal can be certified for emotional support and brought onto a plane – snakes, rats, lizards, St. Bernard’s?? It depends on the airline. Most domesticated animals may qualify as an ESA, including cats, dog, mice, rabbits, birds, hedgehogs, rats, mini pigs, ferrets, etc. The animals can be of any age and do not require any specific training because it is their presence that helps the symptoms associated with a person’s psychological/emotional disability. However, the animals must not create a nuisance in public.

How Do You Qualify for An Emotional Support Animal? 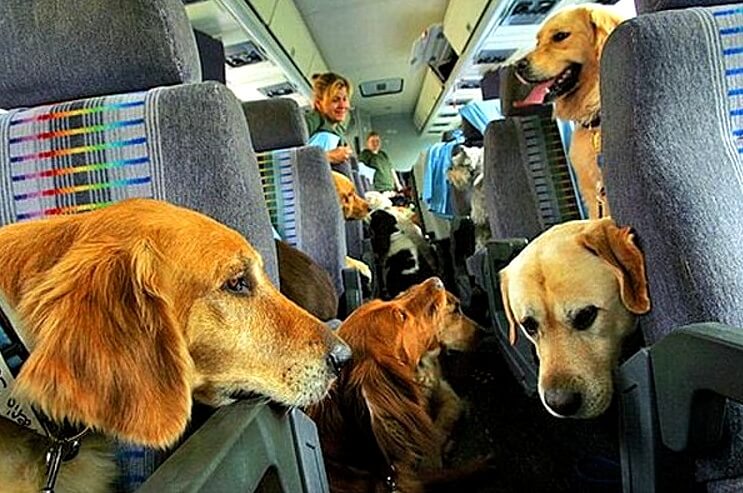 For a person to legally qualify for an emotional support animal (ESA), he/she must be considered emotionally disabled by a psychologist or other licensed Qualified Mental Health Professional (QMHP), who must sign a properly formatted prescription letter. Some airlines may accept a letter from a physician. The types of mental or emotional disabilities include:

It’s not that difficult to obtain a prescription letter, and several companies offer online assessments. For more information on the certification process, visit the National Animal Service Registry.

The LA Times reports that airlines are trying to limit the types of therapy animals permitted on flights. Apparently, airlines want to recognize only dogs and miniature horses as service animals and require that all animals be kept in pet carriers during the flight.

What do you think? Should the line be drawn on emotional support animals on planes? Should only cute animals be allowed on your flight? Would you like to see a miniature horse on your next flight?

2 comments on “Pigs & Poultry on Airplanes: the Law of Emotional Support Animals”