In June 2015, the New York Times broke the story of how Disney was apparently laying off about 250 IT workers, but not before asking some of them to train replacement workers from India on H-1B visas.

Leo Perrero, one of the laid off Disney workers, described the situation, “I’m in the room with about two-dozen people, and very shortly thereafter an executive delivers the news that all of our jobs are ending in 90 days, and that we have 90 days to train our replacements then we won’t get a bonus that we’ve been offered.”

Disney claims that it replaced the lost jobs with 320 new roles, that 120 workers were rehired, 40 retired or moved to other companies, and 90 took severance packages. But after the negative press, Disney apparently canceled the planned layoffs.

At least two of the laid off Disney tech workers have filed a federal lawsuit against Disney and two global consulting companies, HCL and Cognizant, which brought in foreign workers who replaced them.

Southern California Edison, the power utility, also recently laid off 540 employees, who were replaced by temporary workers recruited by outsourcing firms based in India.

Here is a video of former Disney employee Leo Perrero testifying before Congress.

What Are H-1B Visas?

The H-1B visa is a temporary, non-immigrant visa for foreigners in “special occupations.” The careers that qualify are ones that usually require a college degree and specialized skills in science, engineering, technology, and even modeling. The visa lasts for up to three years, and can be renewed. H1B visa applicants are required to show that they would be paid the “prevailing wage” for the positions they fill, but this requirement often goes unenforced. 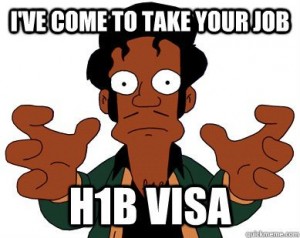 The visas are in high demand and only 85,000, are granted each year. High tech companies like Facebook, Google, and Apple have aggressively lobbied for an increase in the H-1B visa cap. However, a study showed that the top 10 recipients in the last fiscal year were all offshore-outsourcers, receiving an astonishing 40,000 of the 85,000 visas. Professor Ron Hira says, “What these firms have done is exploit the loopholes in the H-1B program to bring in on-site workers to learn the jobs [of] the Americans to then ship it back offshore,” he says. “And also to bring in on-site workers who are cheaper on the H-1B and undercut American workers right here.

According to federal guidelines, the visas are intended for foreigners with advanced science or computer skills to fill discrete positions when American workers with those skills cannot be found. Because of legal loopholes, however, in practice, companies do not have to recruit American workers first or guarantee that Americans will not be displaced. 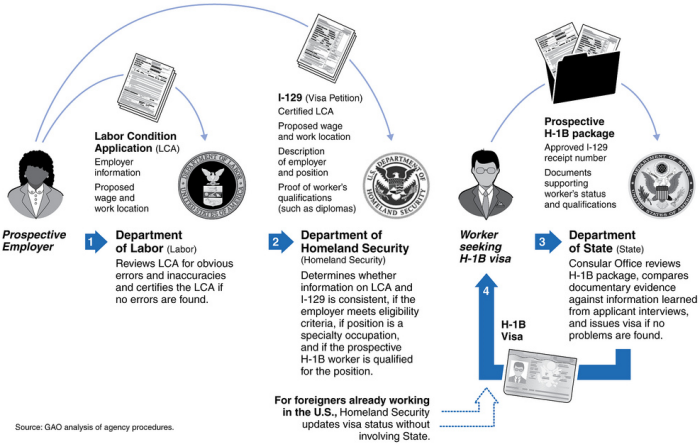 The Q Visa aka Disney Visa

Believe it or not, Disney already has a visa named after itself! Disney was the driving force behind the Q visa, commonly known as the Disney visa. The Q visa was enacted in 1990 and allowed Disney to hire performers for its Epcot pavilions, to “authentically” represent the pavilion’s particular culture, speak English, and also be fluent in the language of the country represented. The Q visa allowed Disney to save on taxes and payroll, as temporary workers generally don’t require promotions or Social Security and Medicare taxes.

What do you think? Is the H1B visa program being abused by corporations to save costs at the expense of the American worker? Is there really a shortage of American STEM and IT workers? If so, what type of restrictions should be put in place to protect American workers? Are you going to Disneyland!?