Are Recipes or Cookbooks Copyrighted?

Make It Ahead by Ina Garten, The Pioneer Woman Cooks, and Thug Kitchen were some of the best-selling cookbooks in the last two years. Cookbooks are almost always sold in a more expensive hardback format because of the beautiful, glossy photos and the most popular ones often sell over half a million copies. But believe it or not, cookbooks don’t have the same copyright protection as other books. 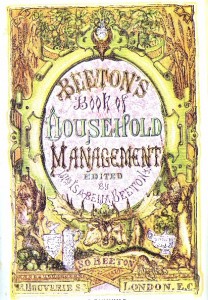 The earliest collection of recipes that has survived in Europe is De re coquinaria, written in Latin and compiled sometime in the 1st century. It records a mix of ancient Greek and Roman cuisine, but with few details on preparation and cooking. In fact, the earliest cookbooks on record are mainly lists of recipes often written primarily to either provide a list of the author’s favorite dishes or to train professional cooks for banquets and upper-class, private homes. They leave out significant sections of ancient cuisine such as peasant food, breads, and preparations for dishes considered too simple to write down.

19th century Victorian preoccupation for domestic respectability brought about the emergence of modern cookery writing. In 1845 Englishwoman Eliza Acton’s pioneering cookbook, Modern Cookery for Private Families, introduced the now-universal practice of listing the ingredients and suggested cooking times with each recipe. The even more famous Victorian Isabella Beeton published Mrs Beeton’s Book of Household Management between 1857 and 1861. Modern cookbooks such as The Joy of Cooking (USA), La bonne cuisine de Madame E. Saint-Ange (France), The Art of Cookery (UK, USA), Il cucchiaio d’argento (Italy), and A Gift to Young Housewives (Russia) have become so important that they often serve as references of record for national cuisines. 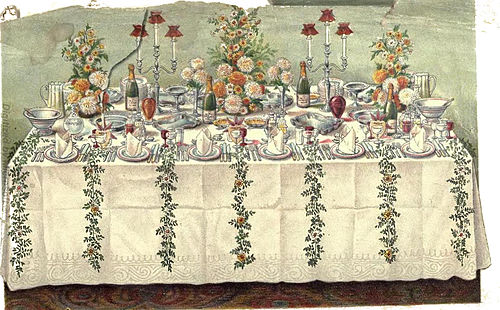 There’s been an explosion of free recipes on Internet sites and YouTube videos of professional and amateur cooks teaching you how to make everything from scrambled eggs to croquembouche. Still, the U.S. cookbook publishing industry enjoys revenues of over $200 million a year. Everyone knows that ordinary books are profitable because they are copyrighted … you can’t just make 1 million copies of Harry Potter and sell them on the street. But do cookbooks and their main content, the recipes, enjoy any copyright protection at all?

Courts have generally ruled that recipes are functional and therefore not able to be copyrighted. The leading case, Publications International, Ltd. v. Meredith Corp. (88 F.3d 473 (7th Cir. 1996), concerned a book of Dannon yogurt recipes. The Seventh Circuit stated that “identification of ingredients necessary for the preparation of each dish is a statement of facts,” which is not copyrightable. The court also stated that the directions were not protected by copyright, because they are a “procedure, process, [or] system,” and copyright does not extend to those things. See also Lambing v. Godiva Chocolatier, 142 F.3d 343 (6th Cir. 1998). So, mere listings of ingredients as in recipes, formulas, compounds, or prescriptions are not subject to copyright protection. 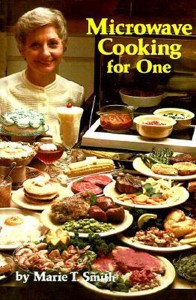 However, when a recipe or formula is accompanied by substantial literary expression in the form of an explanation or directions, or when there is a combination of recipes, as in a cookbook, there may be a basis for copyright protection. U.S. Register of Copyrights. The above statement is not binding case law, however, and it is unclear when a recipe would ever contain “substantial literary expression.” Cookbooks that contain some writing apart from just the recipes, such as personal stories, are more likely to enjoy copyright protection. While recipes themselves may not have copyright protection, it is clear that you cannot copy photos or drawings accompanying a recipe.

Just because something might be legal, however, doesn’t mean you should Xerox the best recipes from top selling cookbooks and sell them at a garage sale. After all, cookbook publishers will still send out cease and desist letters and the threat of expensive litigation itself is enough to deter most people. If you do decide to put a copy of a recipe on a blog or share it in a Facebook post because you just love it, you should at least include an attribution to its source and maybe a link to the author’s website.