Children like Charlie Gard: Why British Parents Don’t Have the Final Say on Medical Treatment

The case of baby Charlie Gard has received worldwide attention, including from the Pope and President Trump (and Cher). What has astonished most people is that Charlie’s parents were not asking the British hospital to continue treatment or the National Health Service to pay for it. Although they raised the money privately and found a doctor in the US who was willing to treat their baby, the British hospital and courts essentially barred them from even going and trying to save their baby. 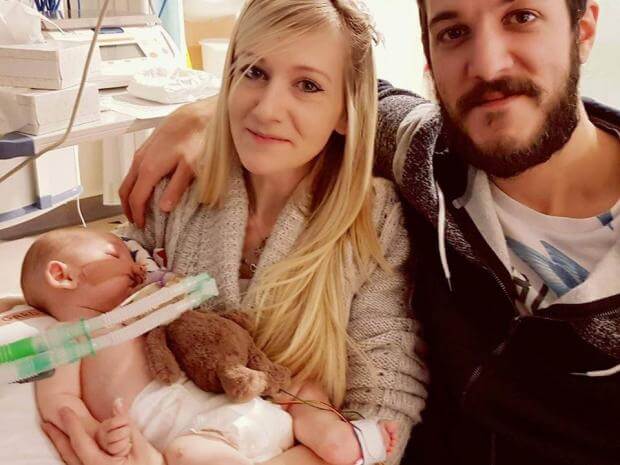 Charlie, now 10 months old, was born in August 2016 and has been treated since he was 8 weeks old at the finest children’s hospital in the UK, called Great Ormond Street Hospital (“GOSH”) in London.

If we can help little #CharlieGard, as per our friends in the U.K. and the Pope, we would be delighted to do so.

According to Charlie’s doctors at GOSH, he suffers from an inherited mitochondrial disease called infantile onset encephalomyopathic mitochondrial DNA depletion syndrome, referred to generally as “MDDS”. It is so rare that only about 16 children are affected worldwide. Charlie has congenital deafness and a severe epilepsy disorder. Charlie has severe progressive muscle weakness and cannot move his arms or legs or breathe unaided. Charlie’s eyelids cannot stay open his doctors at Great Ormond Street believe that he will never develop eyesight. Charlie’s brain was shown to be extensively damaged at a cellular level. 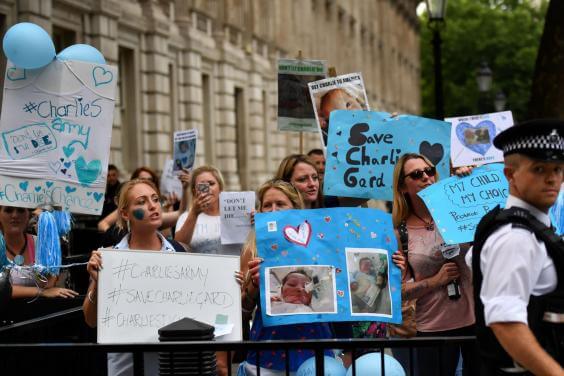 The one U.S. doctor who offered nucleoside therapy also agrees that the experimental treatment will not reverse the brain damage that has already occurred. To date, Charlie’s parents have raised over £1.3 million ($1.7 million) for private treatment in America, but legally they cannot change Charlie’s medical treatment in violation of the British courts’ orders.

To defend human life, above all when it is wounded by illness, is a duty of love that God entrusts to all.

The Vatican also offered to treat Charlie for free at its Italian hospital, called Bambino Gesu, in Rome. The Vatican’s Secretary of State, Cardinal Pietro Parolin said yesterday: ‘We will make every effort to overcome the legal obstacles that prevent the transfer of Charlie Gard’.

Why Couldn’t Charlie Gard’s Parents Just Take Him to the U.S. for Experimental Treatment?

In the UK, when parents do not agree with doctors about a child’s future treatment, they must ask the courts to make a decision. Charlie’s parents have appealed all the way to the UK’s Supreme Court. On June 8, 2017, the UK Supreme Court affirmed the Court of Appeal and the High Court decision that it would be in Charlie’s best interests to have his ventilation withdrawn and be provided with palliative care instead of experimental treatment. Charlie’s parents also appealed to the European Court of Human Rights, since the UK is currently still in the European Union, but that Court also ruled against them. 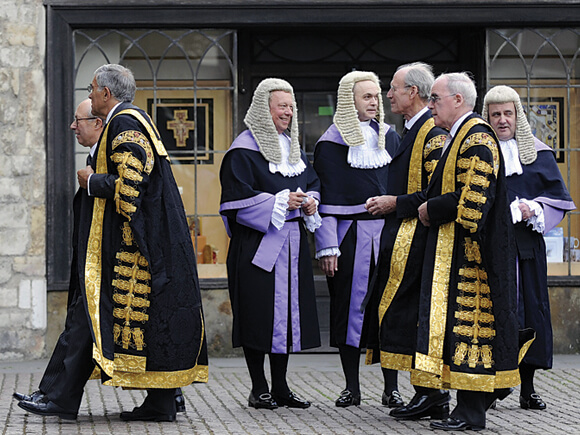 Some have also argued that the UK’s National Health Service and government have a vested interest in not doing everything possible for Charlie, since even if Charlie survived, he would not have a normal life. The British government and taxpayers would then be responsible for his lifelong, expensive care.

However, on June 7, Great Ormond Street Hospital itself applied to the High Court for a new hearing in light of claims of new evidence relating to potential treatment for his condition. The hospital said that “we believe, in common with Charlie’s parents, it is right to explore this evidence.” Thus, the hospital may be reversing course on whether Charlie can receive experimental treatment.

In 2014 the parents of five-year-old British boy Ashya King removed him from a British hospital against doctors’ advice in order to seek proton beam therapy to treat his brain cancer in Prague. At the time, proton beam therapy was not available in the UK.

The parents were arrested in Spain, and were accused of neglect. They later had the charges dropped and were allowed by a British court to take their son to the Czech Republic to receive the treatment. Ashya King is now cancer free and back at school. Three proton beam therapy centers, funded by Proton Partners International, are now under construction in the UK and will accept both private healthcare and NHS patients.

In a case from 2002, a couple from Malta traveled to the UK for medical consultations for their conjoined twin daughters. Known to the British public as Mary and Jodie, the twins were joined at the pelvis with a fused spine. Doctors knew that both babies could not survive.

Doctors agreed that the twins had to be separated in order to give the stronger twin any chance of survival, but the parents were devout Catholics and did not want to end Mary’s life, even though it would save Jodie’s. The high court and court of appeal ruled that the twins should be separated in order to save the life of at least one twin. The surgery was completed and one twin survived.

Could a Charlie Gard-Type Case Happen in America?

According to this CNN article, similar cases in the U.S. tend to be resolved in favor of parental rights. For example, the parents of a 13-year old-girl who was declared legally brain dead in California were permitted to take her body to a Catholic hospital in New Jersey, which had agreed to accept her. While her family claim she is still alive, doctors and courts in California had agreed she was legally dead due to total brain death.

The more common situation in the US is actually where the courts order treatment because of religious beliefs, such as when parents don’t want their child to get a blood transfusion. In contrast, English law, explained one British legal scholar, does not see parents as having the “right” to make decisions on behalf of their children. “Parenthood doesn’t give them rights; parenthood gives them responsibilities. Although US courts are also following the same best-interest standard as the UK, in practice the “courts are deferring to parents,” according to one ethicist.

However, parental rights in the U.S. are not unlimited. In Prince v. Massachusetts (1944), a case involving child labor, the United States Supreme Court held that the government “has broad authority to regulate the actions and treatment of children” and that “parental authority is not absolute and can be permissibly restricted if doing so is in the interests of a child’s welfare.”

What do you think? Even if experimental treatment for Charlie Gard is absolutely futile, should the parents still be permitted to remove him from his British hospital and transfer him elsewhere for treatment? Or were the British courts correct in ruling that Charlie’s life support should be withdrawn?